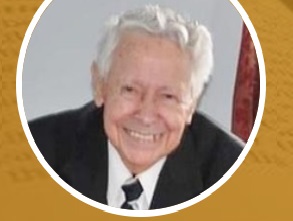 Rev. Vogel who pastored during a significant number of his retirement years at Perry Center Congregational Church, was a frequent Guest Speaker at the SLI Big Blue Dock and at Epworth Hall. His last inspirational talk at the Silver Lake Institute was given at Epworth at the age of 92.

Rev. Vogel was born the son of Frank and Florence (Trenkler) Vogel on March 25, 1923 in Rochester, NY. He joined the Army during World War II from 1942 through 1946 having served in the Pacific Theater. He married Jeanne Alfvin on September 18, 1953. Prior to his retirement in 2008 he was the Pastor at the First Congregational Church of Perry Center for 23 years.

He was also pastor at several churches in Illinois and Chicago from 1957 until 1984. He was a member of the First Congregational Church of Perry Center, Past Chaplain of Perry American Legion Post #350 and Wyoming County American Legion. He belonged to many other organizations.

He is survived by his loving son, John (Brenda) Vogel of Wyoming, NY; 6 Grandchildren, Ashley (Derek), Justin, Jay, Erin, Brandie (Steve) and Amber (Tyler); Several nieces and nephews including Carol Ann Jensen, Anchorage, AK and many dear and loving friends. He was predeceased by his wife Jeanne in 1991, Son Mark in 2015 and his brother Frank.