Looking for More and Better pictures of the Park. 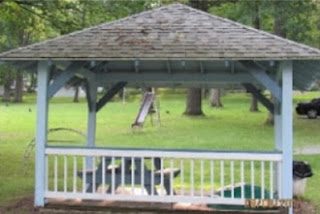 The Gazebo, formerly the Sand Box, is located at the SW corner of the Park near the intersection of Perry Ave. and Genesee. Notice the Park Slide and children's climbing and straddling device. There are two sets of Swings available primarily for the children. 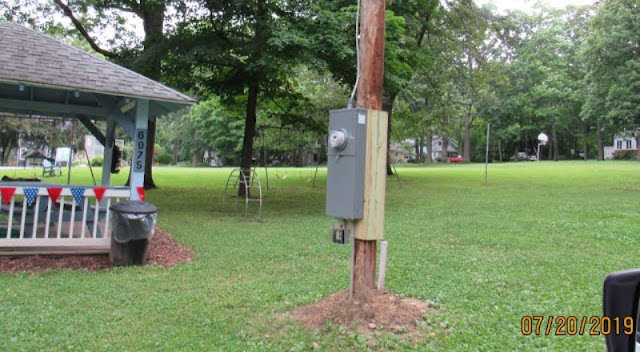 Electrical power returned to Burt Park in the early days of Summer 2019. It had been absent for 100 years ever since the arson fire of the Amphitheater-Auditorium in 1918. It had been completed and first used in the Season of 1888. 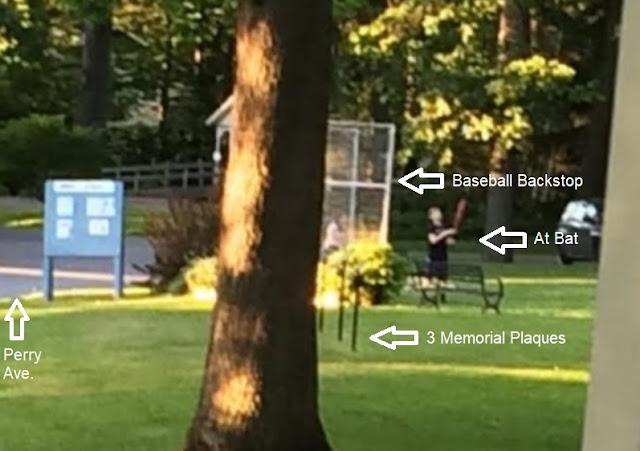 The Baseball Diamond is located at the NW corner of the Park near the intersection of Perry Ave. and Embury Ave. and one lot away from Stoody Hall after crossing Perry Ave. toward the west. The garden is on the west side of the baseball backstop. In the late 1800's the baseball diamond and accompany-ing bleachers were located in the meadow which is just east of Thompson Ave., accessible from Wesley Ave. 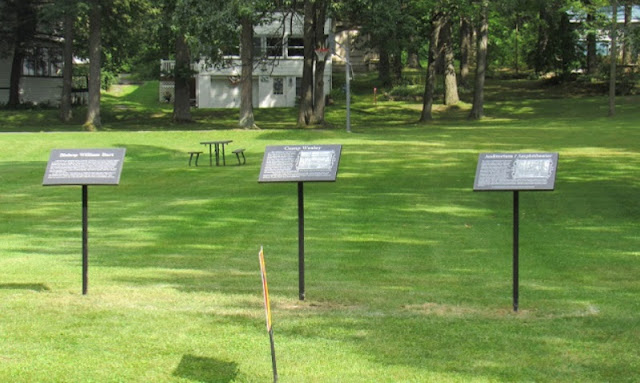 Three memorial plaques were set in place between the Gazebo and the baseball diamond just yards away from Perry Ave. to highlight three significant parts of Silver Lake History. One of those highlights was the 2500-seat amphitheater-auditorium existing from 1888-1918 during which years the park was named Auditorium Park. 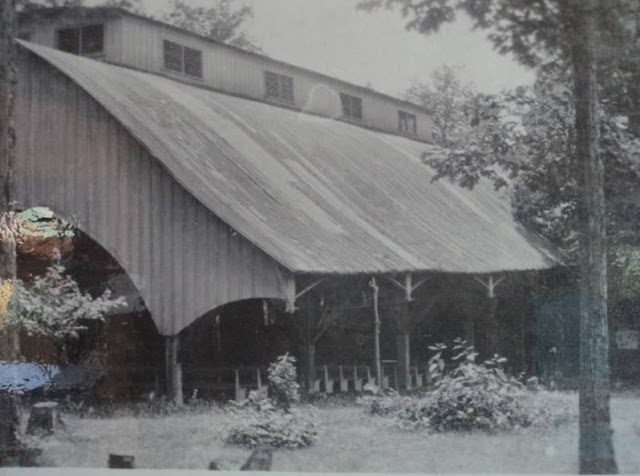 The amphitheater, often referred to as the auditorium, and built by the well known Wells family of Rochester, may not look like much aesthetically, but more than served its purposes for 30 years of great programming and services. It was one of only two amphitheaters built by Wells in New York State utilizing an amazing new construction concept that eliminated view-blocking structural posts originally needed for pushing the upper weight upwards, but the new tresses now pushed that weight toward the two sides. Not long after this, the wooden tresses became obsolete in favor of steel. Wells were primarily barn builders. At least one recorded instance indicated that the building accommodated 3,000 persons. Because of the open sides, it was speculated that extra chairs may be expanded beyond the building itself. In late 1918, two pre-teen males set the building on fire with the assistance of fallen leaves. The auditorium was destroyed, as was the programming that had been developed around of it. 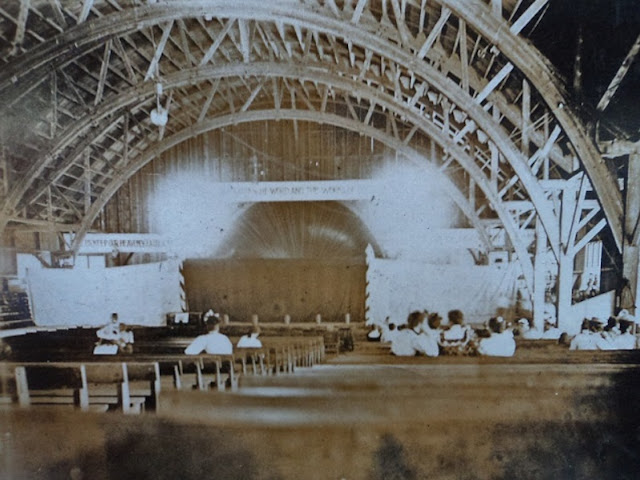 The above photo shows the inside of the amphitheater after electricity had been extended to it, making a quite exciting and useful addition.
WHAT IS THE RELATIONSHIP BETWEEN
THE AMPHITHEATER AND HALL OF PHILOSOPHY?
The auditorium was located on the Park grounds, a few yards north of Genesee Ave. where Ames Ave. intersects it. Ames Ave. became the main street of the Institute because it connected the three largest historical buildings of the Institute -- Amphitheater (1888), Hall of Philosophy*(1889), and Epworth Hall (1892). In the early 1950's, Perry Ave. was being extended around the west end of the Park, across Genesee and over Kingston Ave. then returning to Ames Ave. Ames Ave., however, was cut from its original path near Chapman because it ran too close to the cottage next to Ames Ave. which was not according to town/county codes for streets. The driveway of that cottage is today an original section of Ames Ave. which is why the driveway lines up with the Asbury Retreat Center's road immediately across Chapman Road. Ames Ave. originally crossed Chapman and then became Palestine Ave. Today, Palestine is no longer named, but is just the entry road to the retreat center. The Hall of Philosophy* was located where the current Wilmott Lodge is located. The Hall of Philosophy* would eventually become Epworth Inn* which served the Institute well through 1972. At that point it had to be demolished because of deterioration and unsafe conditions but primarily because the county finally condemned the ground floor after having previously condemned the upper two floors. This is the reason why Ames Ave. is spoken about in relationship to our largest historical buildings. Losing two out of the three of them, has been partially responsible for some dramatic programmatic changes, along with the changing needs of present-day society.
* Epworth Inn was originally built as a two-story Hall of Philosophy with the ground floor being added on later by raising up the top two floors.


After the demise of the auditorium, it was decided to re-name Auditorium Park and to honor a beloved, very supportive and generous clergy leader in Western New York, Bishop William Burt of the Buffalo area. The Park was re-named Bishop Burt Park and has held that name for nearly 100 years right up to the present. A very large photo of Bishop Burt hangs in the second Floor museum of the Hoag Memorial Hall & Art Gallery. 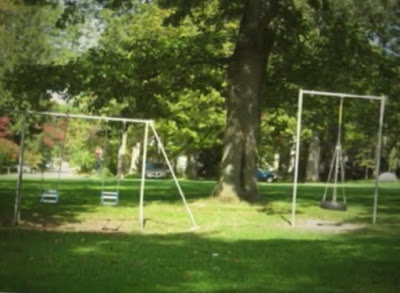