At 7:45 pm Sunday, several Police agencies including NYS Troopers and Wyoming Sheriff's deputies, NYSEG, and Spectrum were called to the scene of huge branches holding down electric power and cable lines as they appeared to touch the ground while no reports of lost power were received. However, cable services went out immediately and remained out well past midnight.
The loss of cable services put a considerable delay on the publishing schedule of the Silver Lake Newsletter. We now have three photos taken Sunday evening and the temporary repair job visible and taken about 11 am Monday morning. 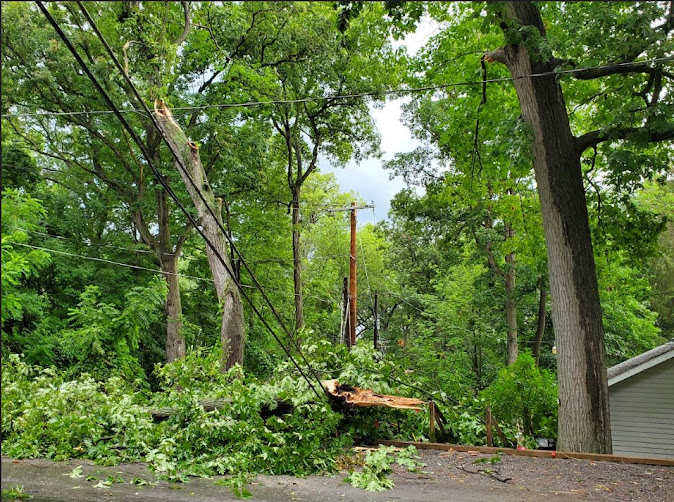