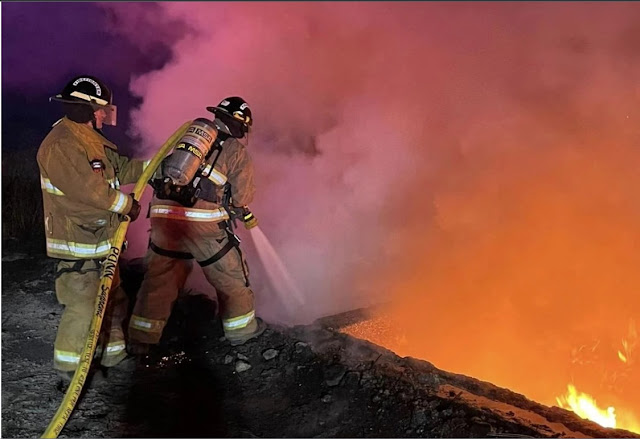 x
ORANGEVILLE — An apparent serial arsonist is proving “costly in both equipment and injury” to local volunteer firefighters and officials are looking to the public for help. Wyoming County Sheriff Gregory Rudolph said “this is a very active investigation” and that anyone with information should contact his department.**

Fires have erupted at three locations on consecutive Saturday nights, a time that is often difficult to get volunteers to respond. Yet, they have, with as many as a dozen departments arriving at the scene or on standby.

Saturday, two firefighters, one from Warsaw and one from Silver Springs, were injured battling a large tire fire in a bunk silo on Quakertown Road.

The injuries proved minor and both were treated at Wyoming County Community Hospital and released.

“These crimes have proven to be costly in both equipment and injury to volunteer personnel and show the inherent risk in fire response,” Rudolph said in a press release.

Last year, another abandoned house owned by Marquarts was set fire. It is not known whether that is connected to the recent fires.