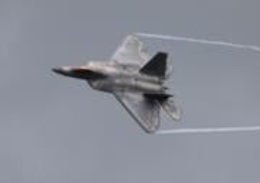 Genesee County officials and business leaders are joining forces to once again fill the Batavia skies with the one-of-a-kind excitement generated by a professional air show.

The “Wings Over Batavia” festival — a family-oriented event that is looking to feature awe-inspiring aerobatic jet teams such as the Blue Angels, Thunderbirds or Snowbirds and patriotic displays of F-16 and F-22 fighter jets — has been tentatively scheduled for Sept. 15 to 17, 2023, at the Genesee County Airport on Saile Drive.

“We are in the process of putting committees together to handle the various aspects of conducting a show of this magnitude,” said County Highway Superintendent Tim Hens, who also oversees operations at the airport, in a news release. “We haven’t had an air show since 1998, and it’s long overdue.”

Plans are to offer “a successful and safe event,” he said, adding that the group has enlisted the services of Doreen Hillard of Fort Worth, Texas, who has years of experience in the air show industry throughout the United States.

Batavia entrepreneur Peter Zeliff has been selected to serve as the festival’s general chair, with assistance from Hillard.

At Wednesday’s meeting at the county Fire Training Center on State Street Road, Zeliff said the committee is pursuing an agreement with Dennis Dunbar of Berlin, Wis., director of Air Show Operations for EAA AirVenture and president of Dunbar Airshows, to be the show’s promoter.

“With Doreen and Dennis on board, we know that our show will be first-rate,” Zeliff said. “And with the community’s support, we believe this is something that can take place on an annual basis.”

Zeliff said he already has been in contact with leading aviation industry operations and Genesee County business owners regarding sponsorship of the show.

“It is going to take a lot of financial and volunteer support to make this happen, and we’re counting on the people of the GLOW region to come through,” Zeliff added.

The air festival is scheduled to take place in conjunction with the renewal of the Wing Ding event on Sept. 16 in the City of Batavia.

Residents interested in volunteering in the planning and on-site operations of the air show are asked to contact Hens at tim.hens@co.genesee.ny.us.