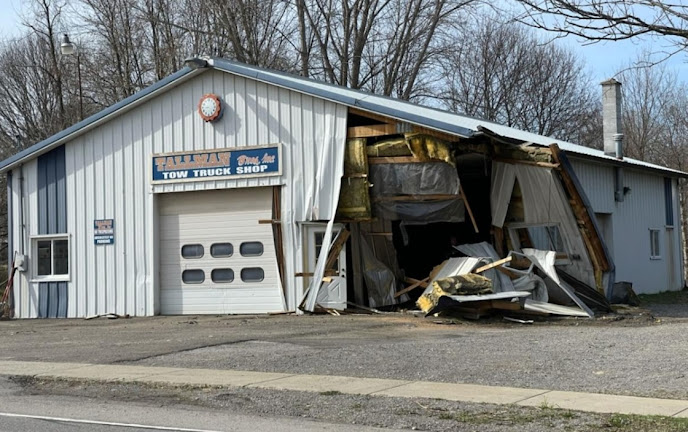 The dump truck, owned by the county Highway Department, was traveling east on East Perry Avenue just after 12:30 p.m.

Witnesses told police that the truck abruptly veered across the westbound lane, hitting a utility pole and parked cars before hitting a building owned by Tallman Bros. Inc, which stopped the truck.

The driver was pronounced dead at the scene. No pedestrians or other drivers were involved in the crash, Rudolph said.

Rudolph said no other information would be available as the driver’s family had yet to be notified.

Tallman’s has owned the building for about 20 years, about 100 feet away from its main location. The building was previously the G.I. Garage before closing about 2003.