A Rochester man who has served four state prison terms, all drug related, was arrested and charged with possessing drugs with intent to sell, Genesee County sheriff’s deputies said.
Garlyn M. Gause, 42, of Rochester was stopped late Sunday night on Swan Street for various traffic offenses. Deputies, along with K9 Razor, discovered Gause was in possession of drugs and that he had tried to hide the drugs after he was taken into custody. Gause was charged with third-degree criminal possession of a controlled substance with intent to sell, tampering with physical evidence, aggravated unlicensed operation and insufficient turn signal. He was arraigned in City Court and committed to Genesee County Jail without bail. — By SCOTT DESMIT, sdesmit@batavianews.com.

Looking ahead to the coming year, Downtown Business Improvement District (BID) Executive Director Shannon Maute said her biggest goal is to make BID a “close-knit community.” “In my goals, you’ll see that I have cross-promoting. I know that some of the businesses have started doing that ... I would love to do that with all the businesses,” she said Tuesday during BID’s annual breakfast meeting. For 2022-23, there are a number of things BID and its Promotions Committee want to do: the BID Board and Business Meet & Greet, Boxcar Races, the Jackson Square Summer Concert Series, Family Movie Nights, Scavenger Hunt, Clam Chowder/Chili Cookoff, Scarecrow Contest, the Wine Walk, Shop Local, Window Contest, Christmas in the City, Wreath Contest and the FeBREWary Beer Walk. “My goal is to work with the next generation to get to know the city and to become part of the community at a really early age. Boxcar races is the best — how fun for the kids and the parents and the community just to get involved and help out,” she said. 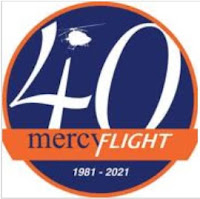 Genesee County will light the Old Courthouse on Main Street in blue and orange this weekend in support of Mercy Flight following this week’s fatal helicopter crash that took the lives of the two people on board. Mercy Flight pilot James E. Sauer, 60, of Churchville, and Bell Helicopter Flight Instructor Stewart M. Dietrick, 60, of Prosper, Texas, were killed Tuesday in the crash off of Norton Road in  Elba. County Manager Matt Landers said the blue and orange will be visible starting at dusk tonight, Saturday and Sunday night. The request came from Office of Emergency Management Coordinator Tim Yaeger. “Tim Yaeger asked us yesterday if we could light this up. We agreed,” Landers said. “The only thing we had to check is that next week the sheriff has it scheduled for red, white and blue for National Correctional Officers Week. That will be starting Monday night.” From May 15-21 the building will be colored blue for National Police Week. The county manager said once no conflict was found for this weekend, it was an easy decision to allow the Old Courthouse to be lit with Mercy Flight’s colors.

Chamber's celebration continues with Founders' Event — In its 50th year of existence, the Genesee County Chamber of Commerce took a moment Wednesday evening to recognize the men and women who have led the organization in its first half-century. Past and present board members shared an evening of fellowship and remembrance during an invitation-only event at GO ART!, sharing stories of their time with the chamber and how this community has changed over time. The building that currently houses GO ART! in Downtown Batavia, Seymour Place, was the perfect location for the event, the chamber said, as it itself is steeped in the history of the business community of Genesee County.
Orleans County resident killed in accident in Niagara County — ROYALTON — A Medina resident was killed early Wednesday in a one-vehicle accident, the Niagara County Sheriff’s Office reported Thursday. Emory R. Seefeldt, 18, was identified as the victim in the accident, which happened at 1:06 a.m. on Orangeport Road/Berner Parkway. The County Sheriff’s Office Accident Investigation Unit is investigating. Responding to the scene Wednesday morning were the Gasport Chemical Hose Volunteer Fire Company, Terry’s Corners Volunteer Fire Company and Mercy EMS.
Posted by G.A.F. at 9:37 PM