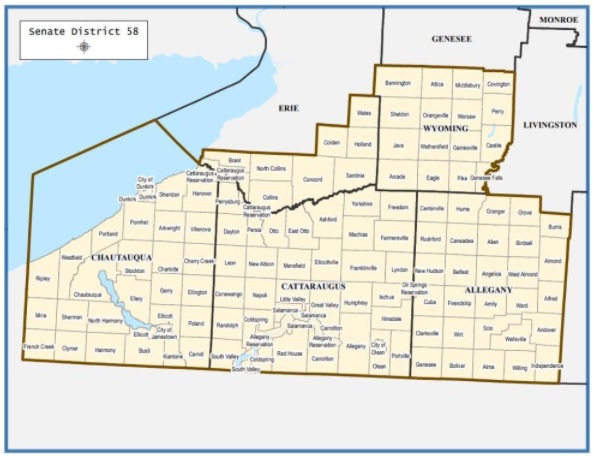 Some changes are coming to the New York State Senate district that includes Chautauqua County, pending the outcome of any potential legal challenges. State Senator George Borrello outlined those changes during his appearance on WDOE's "Viewpoint" program on Friday. While the redrawn district still contains all of Chautauqua, Cattaraugus and Allegany counties, the Sunset Bay Republican says it will not include any part of Livingston County; instead, it will now include all of Wyoming County and parts of southern Erie County. In addition, it will now become the 58th State Senate District. The redrawn maps were approved this week by state lawmakers. Borrello voted against the new maps.     (Courtesy of Chautauqua Today) chautauquatoday.com
Posted by G.A.F. at 8:41 PM