Buffalo Mayor Byron M. Brown stated at a news conference at 10:27 pm that the student who was the victim of violence at McKinley High School today is in stable condition and is being closely monitored. Surgeons were able to determine that he was stabbed multiple times. He was not shot, which was what first responders at the scene initially believed.
The shooting / stabbing took place around 3:45 p.m. Police now say the student, a 14-year-old, is out of surgery and recovering. According to Police, a dispute occurred in the small parking area in front of the school's Horticulture building, happening between multiple people when someone pulled out a gun and fired multiple shots at which time the 14-year-old was stabbed and taken to surgery at Oshei Children's Hospital. There were between three and four shots fired which was documented at a home about a block away on their door bell camera and audio recording system.
The Security Guard was treated at ECMC for the gunshot wound and was later released.
by SLDN Staff 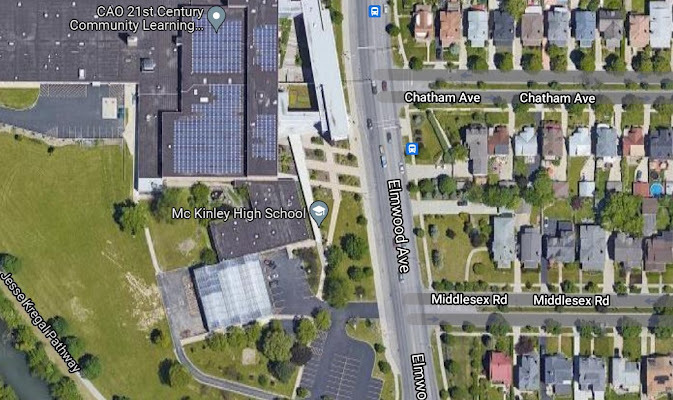