Knowledge of the Greek Informs Origins:
Why is there a controversy surrounding the word 'Xmas'?
By Sam Abramson

Every holiday season, newspapers, malls and television commercials urge you to take advantage of "Xmas sales and specials." The word "Xmas" is easier to use in advertisements, and as a result, it's become associated with the commercialization of Christmas. But some Christians take offense to the word "Xmas" and have called for the abolishment of this truncated version of the word "Christmas." So why is it so controversial, and where did it originate?

For some, Xmas is a dreaded four-letter word that reemerges every holiday season. The phrase is literally and symbolically distasteful, according to its critics. Not only does it "X" out Christ, the religious figure at the heart of the holiday, it also represents a secularization of Christmas, what some see as focusing more on the presents under the Christmas tree and less on religious observance and the birth of baby Jesus. Other Christians, who feel that Xmas takes the "Christ" out of "Christmas," believe that the letter X is used because of its resemblance to a cross, or to avoid the proclamation of Jesus' name. This modern trend, they say, must be bucked, so that people can be reminded of the true meaning of Christmas.

­But it turns out that "Xmas"­ isn't a modern convention at all. It was used commonly in 16th-century Europe, when many people began using the term "Christos," the Greek translation for Christ, to refer to Jesus. The letter chi (pronounced "key")* in the Greek alphabet is symbolized by an X and translates to "ch." So along with the Greek letter rho (pronounced "row")* for "r", the term Xmas was used to refer to the birth of Jesus as an informed abbreviation, not an offensive one. Xmas was a way for Christian scholars to refer to Jesus respectfully in an ancient language -- not to disrespect his name with a harsh symbol. In fact, variations of "Xmas" date back to 1021. [Our own Editor confirms this through his own knowledge of the Koine (ancient daily) Greek language; *Editor's Note.] 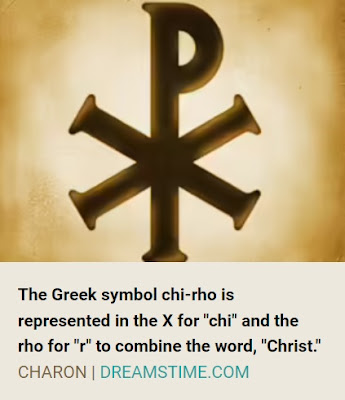