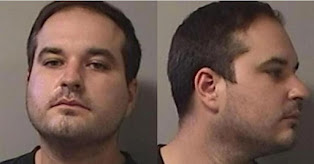 A Batavia man who worked at three area school districts is facing up to 30 years in prison after he was found to possess about 50,000 images and videos of child pornography.
Derek R. Hagen, 29, was most recently a teacher at Dansville Central School in Livingston County. He has also taught or been a substitute teacher at the Batavia City School District, Pembroke Central School, and the Brockport Childhood Development Center.

He has been charged with producing, receiving, distributing, and possessing child pornography. The charges carry a minimum penalty of five years in prison and a maximum of 30 years.

The investigation began in September 2020 after Snapchat sent a cybertip to the National Center for Missing and Exploited Children about a user who had uploaded child pornography images to a group chat, according to federal prosecutors. After tracing the user to Western New York, the NCMEC alerted the state police, who subsequently identified Hagen the defendant.

Investigators confiscated two computers and a cell phone from Hagen’s apartment in Mount Morris this past July. A forensic analysis allegedly uncovered a pattern of child exploitation activity on the devices with the defendant actively producing and distributing child pornography in online chats.

Hagen was arrested separately in Livingston and Genesee counties this past summer. Mount Morris and state police executed a search warrant at Hagen’s home in July in connection with the cybertips.

Dansville Central School was also made aware of the situation in July and was assisting the investigation. Troopers at the time said there was no indication that any Dansville students were involved.

Hagen was employed by the district during the 2020-21 school year as a substitute for remedial teaching, English for speakers of other languages and the district’s summer school clinic. He no longer works at the district.

He originally is from Genesee County and is a graduate of Pembroke High School. Members of the public who have information related to this case are asked to contact Homeland Security Investigations at (716) 464-6070 or hsibuffalotips@ice.dhs.gov.
Posted by G.A.F. at 9:08 PM