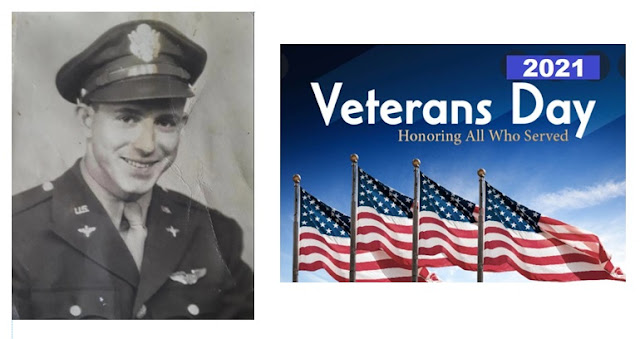 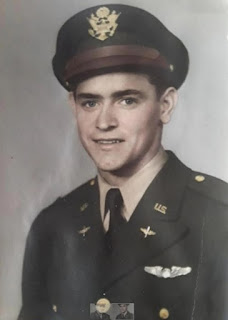 ELBA — Robert LaVerne Boyce [above] was 20 years old and working at the U.S. Gypsum plant in Oakfield when he enlisted in the Army Air Force Corp. That was on Feb. 15, 1942 in Le Roy.
His younger brother, David Boyce [right] was just 19 when he enlisted in the Army, signing up on March 5, 1943. The younger Boyce was working at Curtis Airplane plant at the time.
Neither man was sent overseas to fight during World War II. Both men, however, lost their lives serving their country in other, important capacities.
Kim Allen has been trying to research the brothers, her husband Stephen’s uncles.
“I went to the library and the library genealogist was there that day,” Allen said. “She was able to pull out their draft cards and where they signed up. There’s not very much else about them.”
Which is why Allen wanted to honor them by having their photographs in the newspaper on Veterans Day.
She does know that Robert Boyce was married with one daughter. David was single. They lived on Chapel Street in the family home. That’s about all that she found, other than that both men died in plane crashes in the United States while serving. David died in 1945. His brother died a year later.
Both men’s names are on the World War II monument at St. Jerome Center.
“Grandma (Helen Boyce Chase, who died around 1988) said they both went down in airplanes,” Allen said. “She was a Gold Star mother and I do remember seeing the Gold Star flag on their porch.”
Posted by G.A.F. at 9:58 AM