Last Dessert on the Dock draws 30 people, great desserts, beautiful quilts, celebrating Weavers' 65th Anniversary
People arrived by foot, by car, by golf cart, and by lawnmower. Since it was the last Dessert on the Dock for the 2021 Season, there was a little sadness but mostly eagerness and some excitement. The evening was sunny and cool.
The Piece Makers' Quilting Club displayed the results of of their talented fingers as their quilts were displayed around the railing at the Blue Dock. These features were on display since the club will be donating all of this year's quilts to the Angel Action two weeks from tonight.
The evening also featured recognition of the 65th Wedding Anniversary of Don and Barb Weaver who were also present for the gathering. In addition to the 30 adults present, there was also four children. 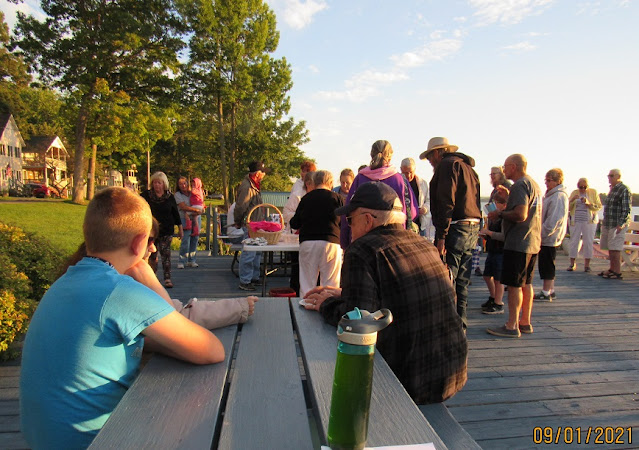 Above is shown part of the group that gathered for Dessert on the Dock this evening. The bottom contains photos of the quilting display which was pinned on the Blue Dock railing and blowing in the wind which will explain the curls and rolls in the individual pictures.
Three Members of Piece Makers ...

Peggy Phillips      Julie Hoffner     Pam Kelly
Some of the Quilts to be Delivered
to Angel Action in two weeks ... 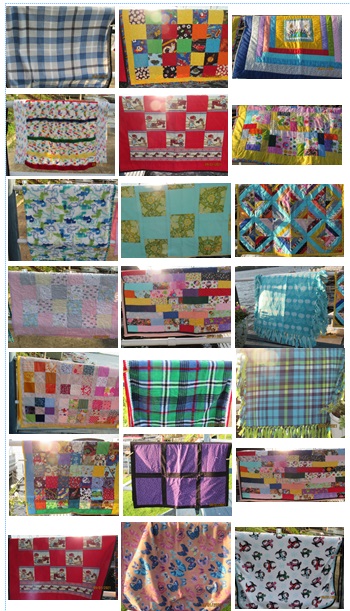 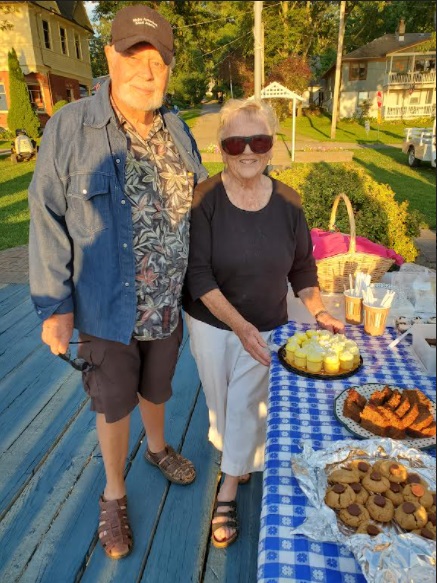 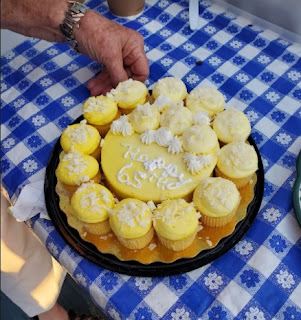