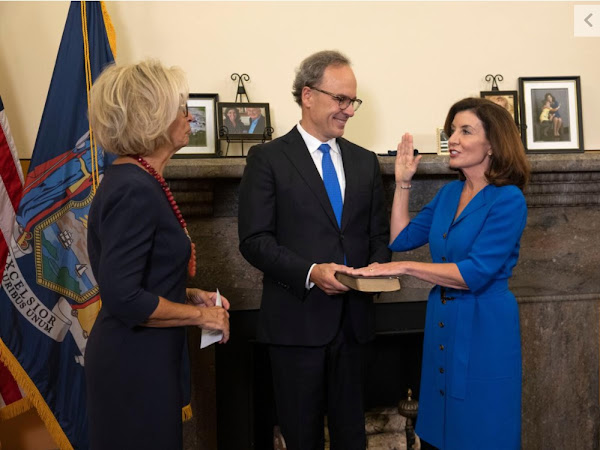 ALBANY (TNS) — Kathy Hochul, the first woman to serve as governor of New York, was sworn in Tuesday during a private midnight ceremony. The 62-year-old Democrat is taking over the Empire State following the resignation of disgraced former Gov. Andrew Cuomo, who stepped down amid sexual harassment allegations.

Chief Judge of the Court of Appeals Janet DiFiore presided over the early morning transition of power at the State Capitol.

“While it was not expected, it is a day for which I am prepared,” Hochul said a day after Cuomo announced his resignation earlier this month.