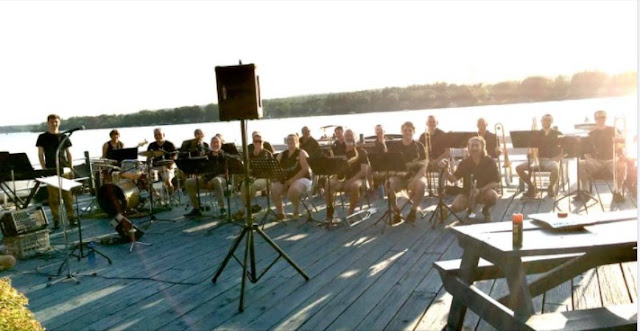 Guy Macaluso, Band Leader and Trumpeter par excel lance wasn't prepared for an on chore, he said, but they managed to please the audience one last time as the sun set behind a low bank of partial clouds in the west. Just a few minutes into the concert, the official attendance was already at 104 adults and 7 children. This continued to grow as people made their way from the land (Burt Park Parking) and "the sea" as boat passengers stopped to take it in.

Half-time announcements included the next Friday Night Concert on the Dock August 13th. Julie Hoffner, program team chair, anounced the sad news of the passing this morning of one of Silver Lake Institute's most beloved members, Pete Mairs. She said this evening's Concert was being dedicated in his honor and in  memory. 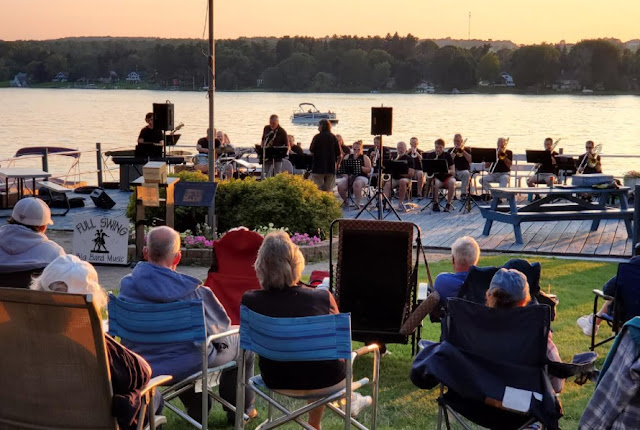 Pete never missed an opportunity for a super friendly 'Hello" and handshake. He was people-oriented and would have loved watching people having fun at the Dock and Greenway. Pete also served as Treasurer, Vice President, President, and Chair of the Finance and Legal Committees as they worked their way through the legal details of becoming an independent 501c3 Non-Profit Corporation on February 2, 2016 with a charter for community service. 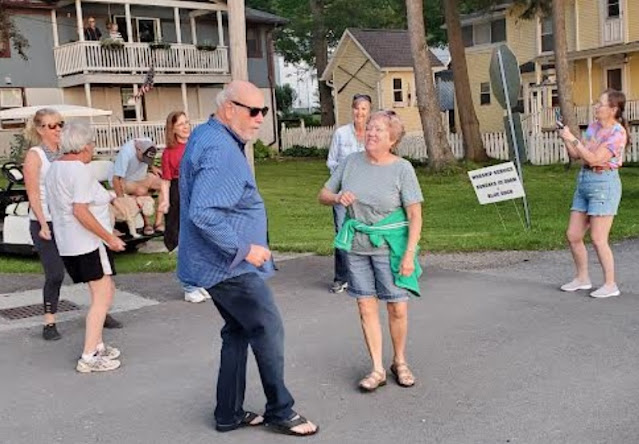 One of three spontaneous groups which broke out in fun street dancing on Lakeview Avenue. This was the group at the foot of Wesley Avenue.