x
Good News for Stranded Driver:
Good Samaritan rescues driver from vehicle on its side at edge of embankment in Wyoming County 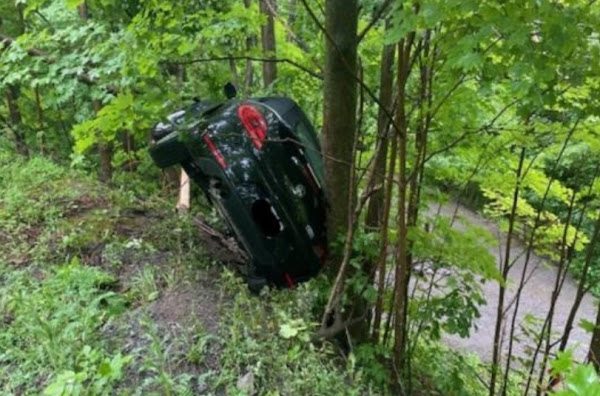 The Wyoming County Sheriff's Office says a good Samaritan rescued a driver from a vehicle at the edge of an embankment Monday.
According to the sheriff's office deputies responded to the report of a one-car crash on Ryan Road in the Town of Warsaw around the time heavy rain arrived in the region. At the time of the report the driver was trapped inside the vehicle that was lodged at the edge of a deep embankment.

A good Samaritan stopped and assisted the driver out of the vehicle. The driver was not injured and the vehicle was removed from the edge of the embankment without further incident.
By Anthony Reyes - Courtesy of
WKBW 7 Eyewitness News
Posted by G.A.F. at 1:09 PM