x
Wednesday 19 May 2021:
News Briefs
Julie Hoffner arrived Tuesday afternoon and began opening her cottage during her three-day stay here with her daughter Heidi. Her sister Susan and husband Steve assisted. Julie and Heidi leave on Thursday but Julie will be returning with her uncle from Tennesee the following Wednesday. Sue and Steve like to spend weekends here leaving on Tuesdays for their home in Rochester.

The number of active COVID-19 cases in Livingston County neared 100 on Monday, according to data from the Livingston County Department of Health. The total number of cases in Livingston and Wyoming counties was 140, or 11 more than Friday, the last time the counties reported data, and 20 more than a week ago. The two counties reported 61 new cases on Monday, along with 55 recoveries. Health officials in the four-county GLOW region continue to encourage residents to receive a COVID-19 vaccine, as the virus continues to circulate through the region. As of Sunday testing data, the seven-day rolling averages for each of the GLOW counties were above the state average of 1.1%, while Livingston and Wyoming counties were also above the Finger Lakes region’s rolling average of 2.7%.

It’s back. The dreaded gypsy moth has 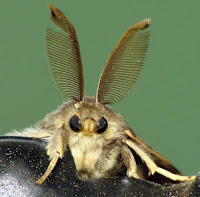 started to hatch out from its fuzzy egg cases across Western New York. Last year there were severe outbreaks in many areas while others saw low numbers. We always have some gypsy moth caterpillars to contend with but last year’s numbers were considered to be high — high enough that there are concerns this year will also see high numbers of caterpillars which can result in damage to trees. The European gypsy moth (Lymantria dispar) is an invasive insect that was brought to the Boston area in 1869. They escaped captivity and found a home in the surrounding woods. From there they have spread across the Northeast defoliating trees as they expanded their range. It is now considered to be one of the most destructive pests of forest and shade trees in the eastern United States.
Gypsy moth numbers can fluctuate widely year to year. Gypsy moth egg masses can contain 100 to 1,000 eggs. Caterpillars start hatching in spring depending on the temperature. As they eat, they go through a series of molts and get larger each time.
Fully grown caterpillars are about 2 inches long. They are very hairy and are easy to identify by the five pairs of blue dots followed by six pairs of red dots down its back. Those hairs contain a chemical that can cause rashes in some people if you handle them. The caterpillar stage lasts about seven weeks and then they look for a safe place to pupate.
The pupae are about two inches long, dark brown and are lightly covered with hairs. You can find pupal cases attached to tree bark, stones or even buildings, generally in a protected area. Peak emergence of the adult moths is in mid-July. Adult gypsy moths don’t live very long, just a few days, and they do not eat.
The male and female moths look different from each other. The females are white with black markings and the males are dark brown or grayish with dark marks. Female gypsy moths cannot fly so they attract males to them by emitting pheromones.
Gypsy moth caterpillars are voracious eaters and not terribly picky. They will eat the leaves of more than 500 species of trees, shrubs and plants. Oak and aspen top the list of their favorite foods. There have also been instances where caterpillars have defoliated large stands of blue spruce and they will eat other conifers as well.
This is concerning as evergreens do not come back from defoliation as well as deciduous trees. Evergreens may die after being defoliated once. Normally, healthy deciduous trees can handle one year of defoliation. Two or more successive years of heavy defoliation can result in tree death. Even if trees do not die, defoliation weakens trees. This can increase damage from secondary invaders such as insect attacks or disease issues.
Trees that suffer defoliation may re-leaf, which can use up energy stores. Defoliated trees may also suffer from winter injury. Gypsy moths do have some natural predators and parasites. Entomophaga maimaiga is a fungus that kills the caterpillars. There is also a virus which can infect caterpillars. Oddly enough the caterpillars infected with the virus die on the tree in an inverted “V” position.
White-footed mice, gray squirrels and a few birds prey on the caterpillars and pupae. There are also some parasites like the tiny parasitic wasp, Ooencyrtus kuvanae, which lays its eggs in gypsy moth eggs. These natural controls may not be enough to stop a severe outbreak.
Homeowners can try to control older caterpillars by banding select trees. The older larvae move down the trees at dawn to seek shelter during the day and go back up the trees in the evening to feed. Take advantage of this behavior by tying a burlap strip 12 to 18 inches wide around the trunk with twine. Place it at about chest height. Fold the burlap over the twine so it hangs like an apron around the trunk. The caterpillars will hide in it during the day. Check the burlap daily. Look between the layers. Collect and destroy any caterpillars that you find. This technique works best from late May through early July, for light to moderate infestations.
If you have trees or shrubs that are being defoliated, an insecticidal treatment might be needed. There are several insecticides labeled for use on gypsy moth, but they tend to work best on the smaller caterpillars. Bacillus thuringiensis var. kurstaki (Btk) is a biological pesticide that only kills caterpillars.
It is most effective on small gypsy moth caterpillars, by time they reach the third stage it no longer works. Applications should also be made before trees are heavily defoliated and stressed. Always follow the label directions. You may need to call an arborist to properly treat larger trees or if you have a number of trees under attack.
If this turns out to be a big year for gypsy moth caterpillars, arborists will be inundated with calls from frantic homeowners who are watching their trees being defoliated. An arborist can help you assess the health of your tree, and decide if an insecticide is warranted.
They can also apply systemic insecticides to your tree that are not available to homeowners. These can protect your tree for a longer period of time. Start looking for the caterpillars on your trees. The sooner you identify them, the sooner you can start treatment.
Posted by G.A.F. at 12:32 AM