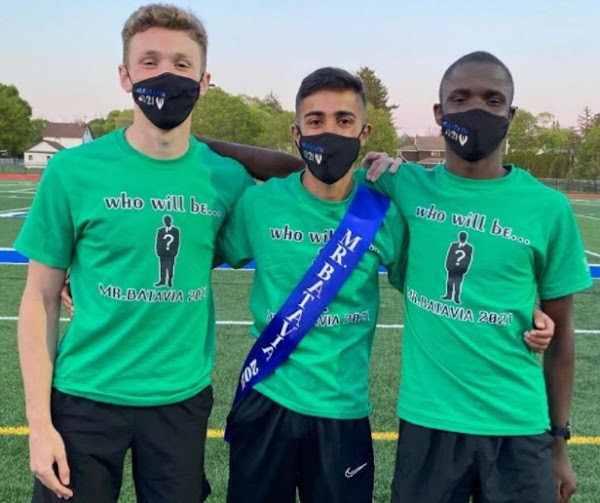 The link to watch the contest is: https://youtu.be/7AeVcEwJJjU. The charity Idrees was competing on behalf of, Anna’s Wish, will receive 50% of the donations. Sean Pies, who finished second in the Mr. Batavia contest, was competing on behalf of The Dave McCarthy Foundation and Jonah Epps, who placed third, for The Michael Napoleone Memorial Foundation. The Dave McCarthy and Michael Napoleone foundations will each receive 25% of the donations to this year’s contest. The Mr. Batavia 2021 GoFundMe donation site will be up through Tuesday at https://gofund.me/d1ba42bb. As of this morning, it has reached $2,510 of its $3,500 goal.
Posted by G.A.F. at 6:55 PM