x
What Happens to School District? Town?:
Could Cuba lose its cheese company? Great Lakes Cheese plans $505M Allegany County plant
Cuba officials voice opposition to moving cheese manufacturing plant out of its historic home and into a new facility in Amity
.
By Chris Potter
The Wellsville Daily Reporter
.
Cuba Cheese may not be churned out in Cuba for too much longer. Great Lakes Cheese, the Cuba Cheese parent company, is eyeing a major expansion of its footprint in Allegany County, growth that will take the manufacturing plant out of its historic home in the town of Cuba.

Great Lakes Cheese has proposed a $505 million project to construct a 486,000-square-foot cheese manufacturing facility and an accompanying 50,000-square-foot wastewater treatment facility on Triana and Old State Road in the town of Amity, and County Road 20 in the town of Angelica. The plant would sit just off I-86, near the new Quicklees travel station. 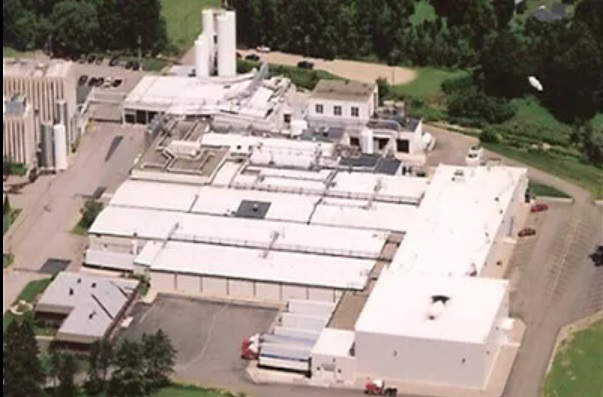 The Great Lakes Cheese manufacturing facility on Haskell Road in Cuba produces mozzarella and provolone and is home to award winning string cheese as well, according to the company website. As part of the new facility, Great Lakes Cheese is proposing to add up to 200 full-time employees while retaining the 229 currently employed in Cuba. The new plant would bring packaging and cheese production under one roof in the company’s fifth “megasite,” said Allegany County Industrial Development Agency Executive Director Craig Clark.

The IDA has been working with Great Lakes Cheese on finding a new location for the plant over the last 18 months. Clark said the company has outgrown its home in Cuba. Great Lakes Cheese is headquartered in Hiram, Ohio and operates two New York plants in Cuba and Adams. The company is privately owned by its founders, the Epprecht family.

The new facility would increase production, which would have a ripple effect on dairy farms in the county and the wider region. In addition to directly adding 200 jobs at the manufacturing facility, Clark said the expansion would retain 600 farm jobs and possibly add up to 100 more due to greater demand at the plant.

The IDA is considering economic assistance for the $505 million project, which would include sales tax exemptions up to $21 million, a mortgage tax exemption up to $9 million and a real property tax exemption of nearly $171,000,000 over the total term of the Payment in Lieu of Taxes agreement. Negotiations are ongoing as the IDA considers a 20-year PILOT, with payments beginning in the 16th year and phasing up to 100%.

While the project retains current jobs and promises to add several hundred more, Cuba officials objected to moving the operation out of the town during a well-attended public hearing on the economic assistance Tuesday. Cuba native Jenny Bilotta summed up the comments of many, lamenting the loss of a community staple while questioning the long-term impact to town taxpayers.

“It’s devastating to hear that Great Lakes Cheese is moving out of the Cuba community,” Bilotta said. “I think we’ve been hit by a lot over the years. We have a lot of vacant buildings and it’s really sad to see yet another one going vacant. We already have the old Acme (Electronics) building, we already have the (Tracewell) building.

If the project moves forward, the Cuba plant on Haskell Road will likely remain in operation for the next five years as the new facility is constructed. Clark said no determination has been made on the fate of the current plant, only that Great Lakes Cheese would be open to any reuse that doesn’t include cheese production.

Cuba-Rushford Central School District superintendent Carlos Gildemeister suggested any agreement should make clear that Great Lakes Cheese would be responsible for a teardown of the current plant in the future, if it is not repurposed. The IDA acknowledged the town of Cuba will take a hit to its tax base, an objection raised by Cuba town supervisor Lee James, although the towns of Amity and Angelica will receive a boost when the land is reclassified from its current agriculture designation.

Several commenters, including Birdsall town supervisor Cindy Gowiski, questioned the financial support offered by the IDA. Clark countered that the level of assistance and benefits are lower than what other states could offer.

“You’re seeing companies move out of New York state, so we have to be as competitive as we can,” Clark said. “It’s very unusual to find a company that’s going to invest that kind of money in a rural community. Obviously they want to save the 229 jobs, but if we aren’t competitive on some of the benefits, they will not stay. This is a business decision. Longterm it’s going to benefit the community having those 449 jobs and keeping those local farm jobs as well.” 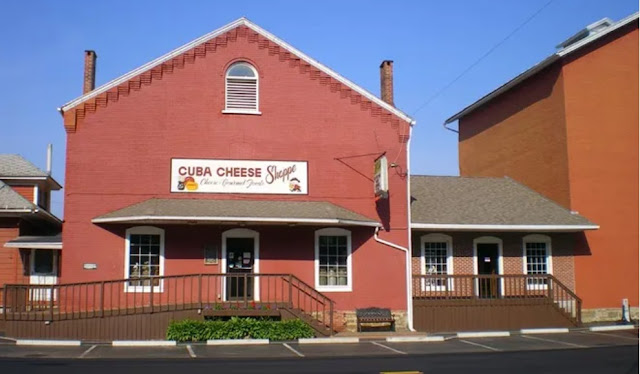 The first cheese company was formed in Cuba in 1871 and in the late 19th century, Cuba was known as the "Cheese Center of the World." The proposed development covers 210 acres in Amity and Angelica currently designated for agricultural use. The IDA may invoke eminent domain to acquire the property if a deal cannot be struck with the landowner. That process has been initiated, but IDA attorney Dan Spitzer said both the IDA and Great Lakes prefer to reach an agreement. The IDA would be required by law to pay full market value for any land acquired through eminent domain.

“Its preference is not to go through eminent domain, but the IDA is committed to keeping 229 jobs in Allegany County if it can do so,” Spitzer said. “Just as the IDA spent considerable funds to try to find an alternative site in the town of Cuba, so will it exercise the legal responsibility it has to do what’s best to keep these jobs in Allegany County. This is one mechanism. By law we will pay no less than full market value.”

Charlie Bares, the majority owner of the land, was among the residents to question the tax breaks from the IDA. Bares is the owner of Mallards Dairy. Spitzer said Great Lakes has around $9-12 million in payroll in the county, a number that would nearly double with the addition of another 200 positions. He also said the state estimates every manufacturing job supports another 2.5 jobs, working as a job multiplier in the county and the region.

“Keeping this plant in New York state is a priority for the Department of Agriculture, the governor and the county,” Spitzer said. “It was our preference to keep it in the (Cuba) community. The company eventually makes the decision. Compared to a loss of the plant from the state and the region, the tax benefits (from the IDA) are significantly less than the benefits of the jobs saved and the income to the community from the plant.”

Bilotta stated that Great Lakes cheese currently owns more than 380 acres in the town of Cuba, but Clark said “very little of that is flat land that’s developable.” In searching for a new site, the company was looking for room to grow. Most of the places it considered featured 140 acres.

“To begin with they’re going to develop a good 50 acres and they’re looking for future expansion,” Clark said. “They do not want to be in the same position they are in Cuba right now where they couldn’t expand on the site they’re on. That’s the reason they’re looking for a fairly large site.”

Spitzer said a SEQR on the property will not come before the IDA until March at the earliest. In the meantime, a separate public hearing on the potential eminent domain related to the project will be held Feb. 22 at 11 a.m. The public hearing will be held via teleconference. Residents can call in at 1-888-850-7158 and enter passcode 299146.
Posted by G.A.F. at 10:13 AM