x
'Pride Goeth before a Fall':
Alden man arrested for allegedly participating in US Capitol riot 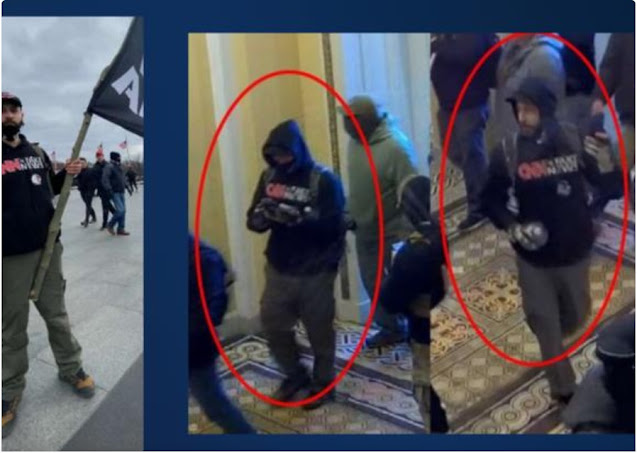 An Alden man was arrested Tuesday for allegedly participating in the US Capitol riot on January 6. According to the United States Attorney’s Office for the District of Columbia Daniel Warmus was arrested Tuesday in Buffalo on the following charges:
According to a statement of fact, the FBI received a tip on January 12 that Warmus was allegedly involved in breaching the US Capitol building on January 6 and smoked a marijuana cigarette while inside the building.
The statement of fact says a tipster indicated that he/she allegedly overheard Warmus talking about his experience while at the dentist's office. According to the tipster account in the statement of fact, a police officer told Warmus to leave the Capitol, but he refused to leave.
Warmus allegedly played a video he had taken inside the Capitol while at the dentist's office. The tipster identified an Alden residence as Warmus' address, according to the statement of fact. According to a Special Agent with Federal Bureau of Investigation (FBI) assigned to the Joint Terrorism Task Force in the Buffalo Field Office video footage voluntarily provided to the FBI by an amateur film crew was reviewed and compared to DMV and passport photographs to a man resembling Warmus.
The statement of fact says public record shows Warmus is the registered agent for Worm-a-Fix Automotive in Orchard Park and in the video that was reviewed Warmus stated he ran an auto shop in Orchard Park. The agent says investigators observed a pick-up truck registered to Warmus parked during business hours at Worm-a-Fix on multiple occasions between February 2021 and May 2021.
According to the statement of fact, United States Capitol Police security footage taken inside the US Capitol on January 6 was reviewed and several security cameras observed an individual matching Warmus' description from the video footage from the amateur film crew.
The individual matching Warmus' description was allegedly observed entering the Capitol at approximately 2:17 p.m. through the Senate Wing Doors, observed in the US Capitol Rotunda on the second floor, and then observed leaving the Capitol through the Senate Wing Windows around 2:33 p.m.
According to the statement of fact, investigators reviewed Warmus' phone records and his cell phone allegedly utilized a cell site in the area of the US Capitol on January 6. Peter Harding of Cheektowaga, Thomas Sibick of Buffalo and Dominic Pezzola of Rochester have also been arrested in connection with the US Capitol riot.
News Source: WKBW 7 Buffalo ABC
Posted by G.A.F. at 11:01 AM