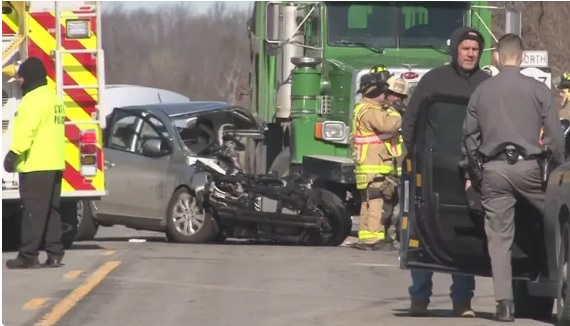 An elderly Genesee County woman is dead after the car she was driving collided with a garbage truck on Thursday morning. New York State Police say the crash happened just after 11 a.m. at the intersection of Rt. 237 and Morganville Road in the Town of Stafford.
State troopers say that the 2010 Kia, driven by 73-year-old Ann Wood, failed to yield the right of way and was struck on the driver's side by the truck. She was pronounced dead at the scene. The New York State Police Bureau of Criminal Investigations and Collision Reconstruction Unit assisted in the investigation.
Courtesy of WGRZ Buffalo
Posted by G.A.F. at 2:59 AM