x
2 Dead in Crash on Route 19
The Wyoming County Sheriff's Office is investigating after a crash killed two women in the town of Gainesville Tuesday evening. Deputies say the victims were in a Volkswagen and had just pulled out of a pop-up COVID-19 vaccine clinic onto Route 19 when a car struck their vehicle. It happened at around 4:30 p.m. There is no word yet if the driver of the striking vehicle was injured. The names of the victims have yet to be released. 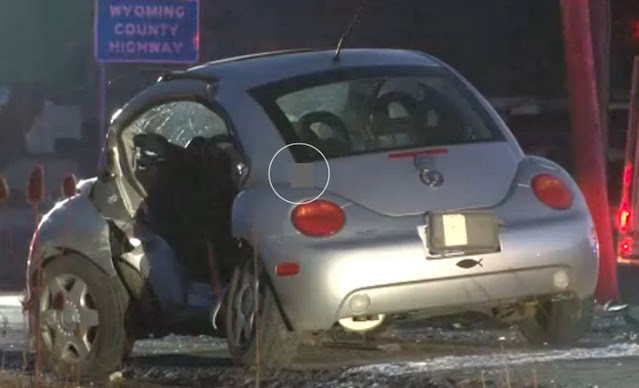 The top vehicle was struck by the bottom vehicle on Rt. 19 at approximately 4:30 pm. The two women in the Volkswagen were killed in the crash but their names were not immediately released.           Story and photos by Spectrum News
Posted by G.A.F. at 10:11 AM