Remember in 2016 when Bernie Sanders sought the Democratic nomination for President and claimed that his average donation was $27? As it turns out, he raised $137 million from 4.7 million donations, or $29.14 (pretty close, really). And he didn't get the nomination.
Volunteers have raised $3 million PRIVATELY in the past 5 years for The Autism Nature Trail (The ANT) at Letchworth State Park, and construction began in January. The Trail is on schedule to open later this year. Link:
We want to raise $125,000 to fund the Celebration Station (the last stop on the Trail) before April 30th. At $25, we need 5,000 donors. If 500 individuals challenge 10 of their associates to give at this level, we're there. If 100 companies encourage 50 employees to donate $25 each, we're there. This is doable.
March is Developmental Disabilities Month and April is Autism Awareness Month. What a tangible (and tax-deductible) way to put inclusion on your agenda this spring. Please share -- and thank you in advance.
https://charity.gofundme.com/o/en/campaign/celebrate-inclusion-and-nature-for-all 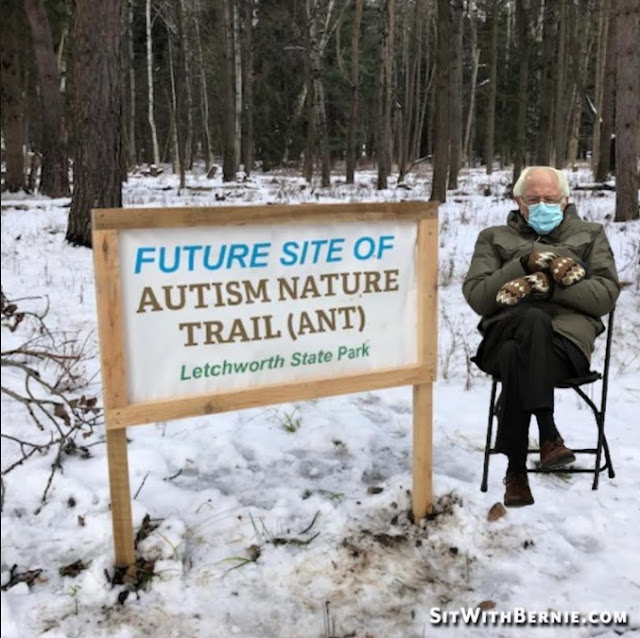