The Artistry of Mother Nature Can Be Food for the Soul 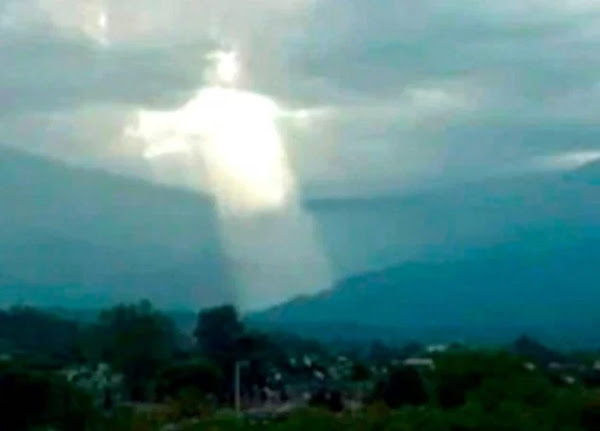 Contemplative Moments Really Don't Need Words
Background: An image photographed in Argentina earlier this week appears to be a Christ-like figure in the clouds. (Photo from The Florida Post.) A viral photo of a Christ-like figure with a crown that was captured in Argentina earlier this week has taken the internet by storm. The picture that resembles Jesus Christ with his arms out was captured by amateur photographer Monica Aramayo in the city of San Salvador de Jujuy. She recognized the holy figure in the light shining through the clouds and was able to quickly take a picture of it, The Sun reported Wednesday. Social media users commented on the rare sighting saying things such as "we really need him."
Posted by G.A.F. at 5:53 PM