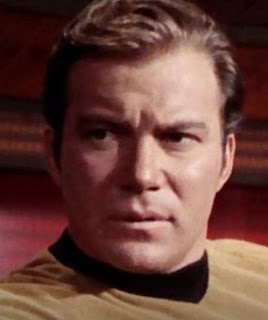 90th
William Shatner plays Captain James T. Kirk in a 1968 "Star Trek" episode. He starred on the show from 1966-1969 and played Kirk in many of the "Star Trek" movies.
CBS/Getty Images
Believe it or not, William Shatner is now 90 years old. The award-winning actor, best known for his iconic role as "Star Trek" captain James T. Kirk, celebrated his milestone birthday on Monday, March 22.
"I must say that the reaction to a 90th birthday is overwhelming. Don't you people have better things to do?" he joked on Twitter. "Thank you to everyone for your well wishes and love!"
Posted by G.A.F. at 8:03 AM