x
Antiques destroyed, shop damaged in early-morning Mt. Morris crash
An antique shop in Mt. Morris sustained significant damage after a vehicle crashed into it early Friday. Allegiance Antiques owner Edward Phillips says a car involved in a police pursuit attempted to turn onto State Street. That's when he says it missed the curve, rolled over and hit his building. “I got the call at 4:20 (a.m.) and I came right down,” Phillips said. “I couldn’t come near the building at that point because of all the debris outside, and they weren’t sure how safe it was.”

According to the Livingston County Sheriff's Office, a deputy attempted to stop the vehicle in question around 4 a.m. in Mt. Morris. Investigators say the driver tried to evade police but ended up crashing into the building. Phillips says the front side of his building and radiators located in that area were pushed forward. He said several inches of water has since accumulated in the basement. On top of all that, he said, was the loss of some of the antiques in his shop.

Story continued with Photo by clicking on:

“Many items were broken that were in the windows,” he said. “Both Chinese and German antiques, and it’s a big loss.” This all comes as Phillips was looking forward to ramp up business in the coming spring months. “This is a good time for us to begin the new season, and I’m not sure how long it’s going to take to repair the building and get the plumbing working again and those things,” he said. “So, I’m not sure what’s going to happen.”

Deputies say the driver of the vehicle was taken to the hospital for non-life-threatening injuries. No one else was hurt. They said the driver was wanted for drug charges out of Rochester, and that suspected cocaine was seized at the scene. Further information is expected to be released at a later time.

As for Allegiance Antiques, despite the damage and losses, Phillips is remaining hopeful. “We’re going to fix it right up and get going," he said. “I do this for a living.” 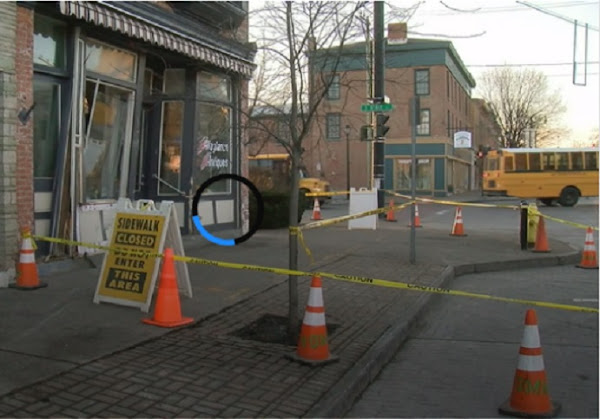