x
Thought He was an Only Child:
Wyoming County man, 70, meets biological siblings in 2019 after finding out in 1997 he was adopted 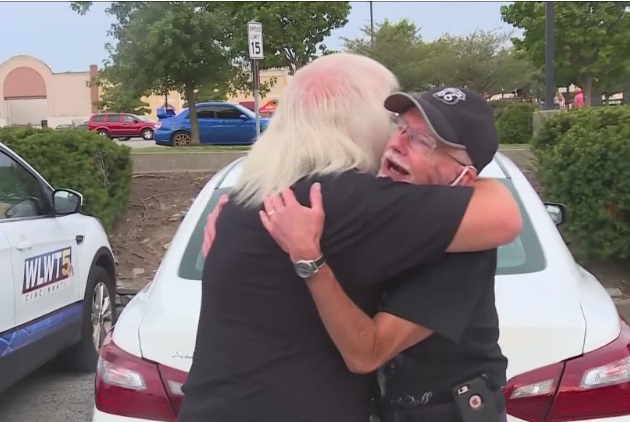 Author: Danielle Church (WGRZ)
Published: 6:54 PM EST January 27, 2021
ARCADE, N.Y. — Peter Robbins of Arcade spent his whole life believing he was an only child of Polish descent.
"My mother was Polish, spoke fluent Polish. My father was English, spoke a few curse words in Polish. That was it," the 70-year-old Robbins said.
In 1997, he decided to look more into his family's roots. To his surprise, two different ancestry websites told him he wasn't even a little bit Polish. It wasn't until 2019 that he decided to do some more research. At 69 years old, the retired social worker finally discovered he was adopted.
"It's not an anger that my parents didn't tell me. It's a shock that it didn't come out," Robbins said. Robbins tried to connect with both his biological parents' families but only his mother's side responded.
"It was a huge shock when he contacted us. My sister was like, 'I don't believe this. I've got to see proof,' " said Skip Eubank, Robbins' brother who lives in Kentucky. Robbins provided a copy of his birth certificate from New York State, after the law got changed allowing adoptees to obtain an original copy of his birth certificate. Getting his allowed Robbins to finally help reveal the family secret to his mom's side.
His mother, Peggy Gibson, gave birth to him at 19 years old at Lackawanna's Our Lady of Victory Infant Home. Though Peggy never told anyone about her son's birth, he finally met the three brothers and one sister he never knew existed in Kentucky during November. 2 On Your Side's sister station, WLWT, in Cincinnati was there to capture the moment.
"Do you hug," Robbins asked Eubank. "I do," Eubank said. "It's so good to meet you after all these years. I feel a completeness having these siblings. It's a very good feeling to have family growing up as an only child, somebody. Just being somebody," Robbins said. It's a feeling he hopes will inspire other adoptees to find answers.
"This process will uncover a lot of emotions, do not be afraid of it. I think the truth is very liberating," Robbins said. You might uncover some family secrets and even find a sense of belonging, making it all worthwhile.
Posted by G.A.F. at 10:31 PM