Obituary:
Ricky Mancuso, 33, formerly of Silver Grove, died Dec. 27, 2020
Richard Charles Mancuso, Jr., formerly of Silver Lake, NY, was born in Batavia, NY, as a welcomed birthday gift to his grandma, Mercedes Mancuso, on March 10, 1987. He was lovingly referred to as Ricky (or Little Ricky) by everyone who knew him, which fell more in line with his child-like wonder than it did with his tall imposing stature. 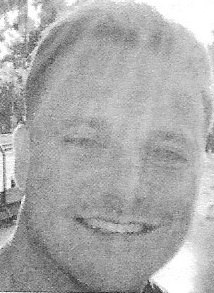 Ricky had a charming personality and made friends easily, especially with those souls who were the toughest to love. He possessed a particular magic that was most certainly designed to help those seeking to realize their full potential as human beings. He put that gift to its ultimate use in Southern California helping other individuals become sober. It could easily be defined as Ricky's life's work.
Ricky was a talented fisherman from an unusually young age which was said to have been a legacy passed down to him through many Mancuso/Dempsey generations. He garnered hundreds of hours as a very young child casting into the waters of Silver Lake, and pulled out more than his fair share of unsuspecting dinners. On a few occasions he was even witnessed catching fish with his bare hands. He fished both lake and ocean, and later went on to become a salt-water fish specialist.
Besides the fishing pole, his most coveted possession was the ball. Many of his other talents were realized the first time that a ball was thrown into his midst, and it was rare to see his smiling face without one. He felt very much at home anywhere that a ball was being bounced, thrown, hit, caught, rolled, pitched or kicked. His athletic prowess provided countless hours of fun for him as a child, as well as an adult. It was especially fun to watch him on the basketball court, which was where the proverbial gloves always came off.
He had a strong affinity for good music, well written literature and kind-hearted people, but nothing could rival his sense of friends and family. He was fiercely proud of his tribe and defined himself by his loyalty, his love and complete devotion to his family members, including his parents, Rick and Julie (Dempsey) Mancuso, his siblings Morgan (Douglas) Sicheri, Alexandra (Donnie) DiLaura, Patrick (Emily Lyons) Mancuso, Madelyn Mancuso and most especially his nieces and nephews, Vincent, Ben, Cecelia and Drew.
The love that he shared for his grandparents, Benjamin Mancuso Jr. of Batavia, NY, Patrick and Barbara (Sager) Dempsey of Hendersonville, NC, his aunts, his uncles and his cousins was unparalleled. Ricky's tribe will most certainly receive the ferocious heavenly protection that only one blue-eyed guardian angel can provide His friends and family will desperately miss his attentiveness, his love and his unique and glorious sense of humor.
Ricky's family will gather for a private Mass to celebrate his life and pray for the peaceful repose of his beautiful soul.
In lieu of flowers, memorials may be made to Notre Dame High School, 73 Union St., Batavia, NY 14020 or St. Joseph's Regional School, 2 Summit St. in Batavia.
To leave a message of condolence please visit www.gilmartinfuneralhome.com.
Posted by G.A.F. at 2:50 PM