Wind and Weather not detouring cottage and property projects: Part 4 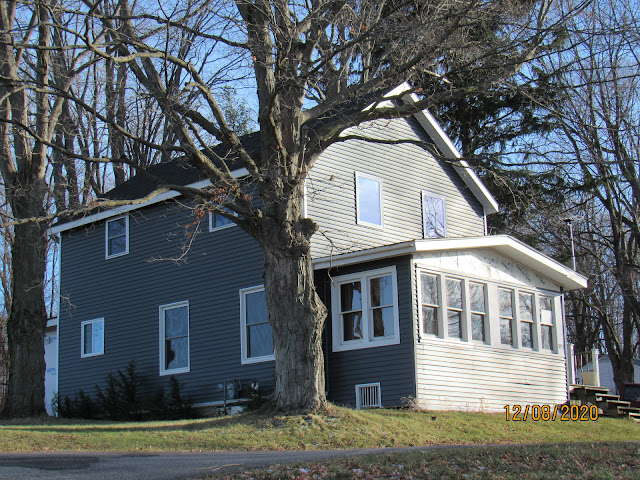 This cottage, located at the southeast corner of Camp Rd. and Thompson Ave., has worked on their new windows, siding, and front entranceway for a number of years and it appears that the outside is now complete and looking good. 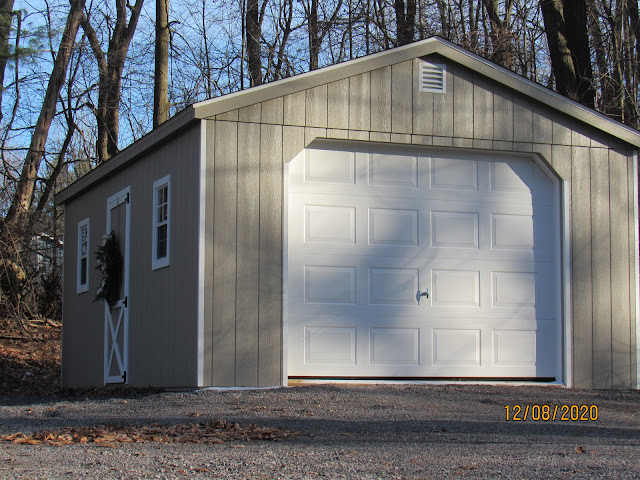 This brand new garage replaces an older, decrepit one that stood in the same location on Thompson Ave. on the property that is on the east side of Thompson, and which property line and cottage begins opposite where Genesee Ave. empties into Thompson and runs south toward the garage. It appears large here because we enlarged it so the attractive man-door and windows on the side could more easily be seen.

The former residence of the Dorothy and Clarence Clark family is located at the southeast corner of Perry and Genesee Avenues. The relatively "new" residents have not yet been able to move in because of the extent of the work being accomplished inside. They did, however manage to get their new front lawn completed by leveling it off from a significant slant. They used an attractive block retaining wall which holds the newly leveled yard in place. Note the stairway shown in the lower left hand corner of the photo.  The white picket fence with Christmas lights can be seen in the left side background. These fine folks actually became acquainted with the community even before purchasing a cottage, so we grew to love them very early on.
Editor's Note: (1) The photographer apologizes for the three bucket-looking reflections on the front of the retaining wall which are not actually there on the front of the retaining wall. (2) We intentionally left off the names of the property owners in each of the four sections of this story for reasons of expediency and privacy.
Posted by G.A.F. at 10:38 AM