Wind and Weather not detouring cottage and property projects: Part 2 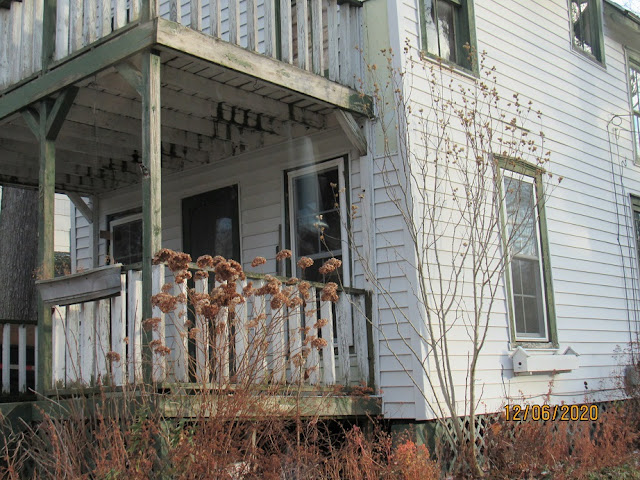 THE WORD IS THAT THIS CUTE COTTAGE, formerly the "We Fell Inn," has finally sold, although this current word is not official. Nevertheless, we have noticed four brand new windows having been installed and looking quite well. The two large windows on the porch and the one facing the Lake (on the right of the photo) have new windows. The fourth is a much smaller window down farther on the right (not in the photo). The smaller window appears to have been slightly taller than the window opening so that could possibly be slated for more finishing work. A very large dumpster currently is sitting in its driveway. 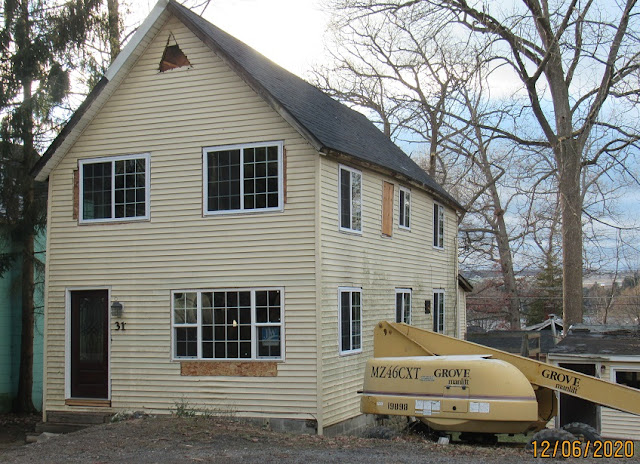 EVER SINCE THE FIRE in this two story building awhile back at 31 Perry Ave., we have kept up with the progress of its comeback. We have now taken notice that most all of the previous windows have now been replaced and looking quite nice, although some finishing work is yet to be done around them. The siding is still looking a little rough on the Harris side of this corner lot with Perry Ave. but most of our budgets can only handle one project at a time. Credit is due the still-relatively-new owners who show some great incentive to be a positive contribution to this historic community.

"BLUE TARP VILLAGE" -- As I was driving on Janes from Wesley heading to the expanding cottage on Hedding, I came across this rather unique example of preparation for winter and just had to name it something unusual for the Institute. It's just a fun picture to closeout this update story.
Posted by G.A.F. at 12:40 AM