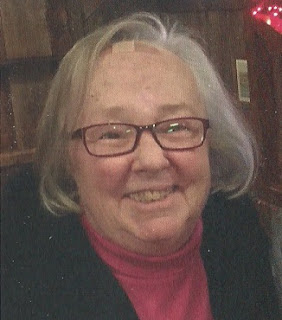 Nancy B Wilson, 75, of Silver Lake, passed into her heavenly home on Monday, December 21, 2020, while at her home on the Silver Lake Institute on Silver Lake.

Nancy B Wilson was born on March 24, 1945 in Pittsburgh, Pennsylvania to Francis “Wick” and Ruth Wickline.

While raising two sons, Jefferson and Jonathan, Nancy worked as a reading specialist in the Perry Elementary School. She also helped with a religious arts class for children on Sunday mornings at the Perry United Methodist Church. For 17 years, she gave book talks sponsored by the Perry Public Library to the children of Perry Elementary School. In later years, children who were now adults would meet her “on the street” and express appreciation for her book talks. She was also an Advisor for the Perry High School Yearbook.

A first love of Nancy had always been photography as well as her personal spiritual journey. After completing a two year program sponsored by Garrett-Evangelical Theological Seminary in spiritual direction, she combined her spiritual direction training and photography to develop a method that allows people to see God through their personal photography in God’s creation in nature. She shared this method by leading several retreats at Asbury Retreat Center and taught these workshops for the Silver Lake Experience sponsored by the Silver Lake Institute. She also played the bass drum in the Perry Community Band, a drum set and tambourine in the Praise Band of the Geneseo United Methodist Church, which brought her and the congregation much joy.

__________________________________________________
Carol Jean (Davis) Meli, 86 of Silver Lake, passed away on Monday (December 7, 2020) at Premier Genesee Nursing and Rehabilitation in Batavia. She was born June 20, 1934 in Medina NY to the late Emmett and Emma (Bacon) Davis and graduated from Medina High School. She was married to Vincent “Vinny” Meli on May 22, 1976 until his passing on November 29, 2017.
Carol is survived by her step-Daughter Penny Meli (fiancé Paul). Sister: Shirley (late Stuart) Peters of Hagerstown, MD. Brother: Lowell and Eleanor Davis of Medina. 2 step-grandsons Joseph and Justin Meli, 2 step-great- granddaughters Zoey Meli and Fayt Meli. Nieces and nephews, Diane Fulkerson of Rochester, NY, Susan Peters Connolly of Vienna, VA, John and Robin Peters of Massachusetts, Jim and Kim Peters of Fairfield, CT, Amy Davis of St. Petersburg, FL, Angela Davis of Holley, NY.
Carol is predeceased in death by her sister-in-law Mary (Stella) Meli Fulkerson, and 2 brothers-in-law Salvatore (Sam) Meli and James Fulkerson and 2 nieces Denise Davis-Withey, and Jennifer Davis-Lonnen.
Carol worked for several years at Sylvania and Brenners Jewelery Store in Batavia and also co-owned the Edgewood Restaurant with Vinny for over 20 years. She was also the Postmaster at the Silver Lake Post Office for many years until her retirement.
There was no prior visitation. Funeral services at the convenience of the family. Memorials may be made to the NYS Veterans Home Activity Dept., 220 Richmond Ave., Batavia, NY 14020. Expressions of sympathy can be shared with the family at: www.mcandrewfuneralhomes.net. Arrangements were entrusted to the J. Leonard McAndrew Funeral Home, LLC, 2 Bogue Ave., Batavia, NY 14020. Ronald Konieczny II, Director.
Posted by G.A.F. at 6:16 PM No comments: 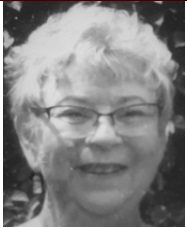 December 19, 1946 - September 8, 2020
Linda Carol (Hawks) Holz, 73, of Silver Lake, NY passed away Tuesday, Sept. 8, 2020. The oldest of eight children born to the late Burdette and Carol Hawks, Linda grew up in Buffalo. She met firefighter Theodore “Ted” Holz at a lake gathering and they married a year later on Sept. 17, 1965.
Linda was a self-employed hairdresser and former partner in business of Reflections in Design. After retiring, she moved to Silver Lake in 2000 where with her husband she designed their Old Orchard Beach home known for its turret, porch overlooking the lake, and the gardens surrounding the waterfront property. She joined Silver Lake Association to make new friends and learn about the lake community. Through SLA, she represented her tract at the lake and Castile Planning Board. She was the energy behind SLA’s Homeowner of Distinction program that she chaired for ten years and that SLA is renaming after her in tribute.
Linda always enjoyed sewing, knitting and quilting. As a teenager, she made her own clothing and later made dresses for granddaughters. Linda loved vacations in Hawaii where she attended workshops of touring artists, learning from them as well as the various sections of Maui. She and Ted treated their grandchildren to ice cream parties and mystery trips to bring the cousins together. The trips included Letchworth, the Erie Canal, Mt. Morris Dam, Mumford Museum, Strong Museum of Play and perhaps their favorite, House of Guitars where the music-loving kids could buy vintage vinyl records. “We always did something they could learn from,” Linda said.
Linda is survived by her husband, Ted; sons Michael Burdette (Beth) Holz of Pennsylvania, Eric of North Carolina and T.J. (Karen) Holz of Hilton; grandchildren: Teddy, Audrey, William, Molly and Rebecca; sisters: Barbara (Richard) Giezentaner of MI, Patricia (Scott) Mathison of TX, Sandra Deleon of TX, Cynthia (Charles) Nicol of MI, Christina (Paul) McBride of FL and MD, Steven (Mary) Hawks of MI and Robert (Marta) Hawks of CA.
Family and friends were received from 2-4 and 6-8pm on Monday September 14th at the Eaton-Watson Funeral Home, LLC. 98 N. Main St. in Perry.
Mass of Christian Burial was held on Tuesday September 15th at 10:00am at St. Mary’s Church in Silver Springs.
Linda will be laid to rest in St. Michael’s Cemetery in Williamsville, New York. Memorial contributions may be made to the Wilmont Cancer Center 601 Elmwood Ave. Rochester, NY 14642. Or plant a flower in Memory of Linda.
Posted by G.A.F. at 6:58 PM