Local temperature takers say that last night's temperature was 12 degrees from one end of Silver Lake to the other. AccuWeather, which reportedly has a transmitter at Letchworth State Park, indicated a temperature of 8 degrees for Silver Lake and surrounding areas.

Another storm is developing and will be arriving mid week with plenty of cold air. It will deliver an undetermined amount of snow and cold which should be estimated by Monday.

Here's a look at the national picture for a white Christmas which of course includes Silver Lake: 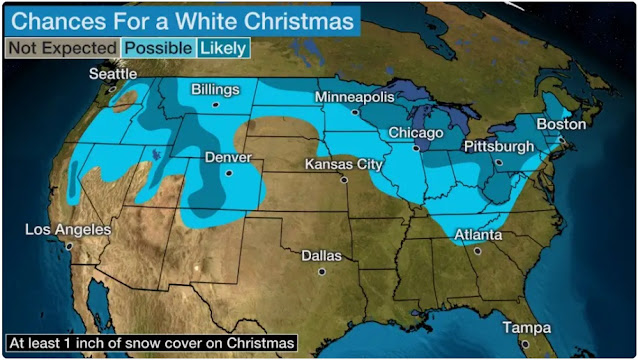