NOAA and NASA have recently released their October global surface temperature data. Despite a strengthening La Nina, which typically has a cooling influence on the global average temperature, last month ranked as the fourth warmest October on record. Records go back to 1880. 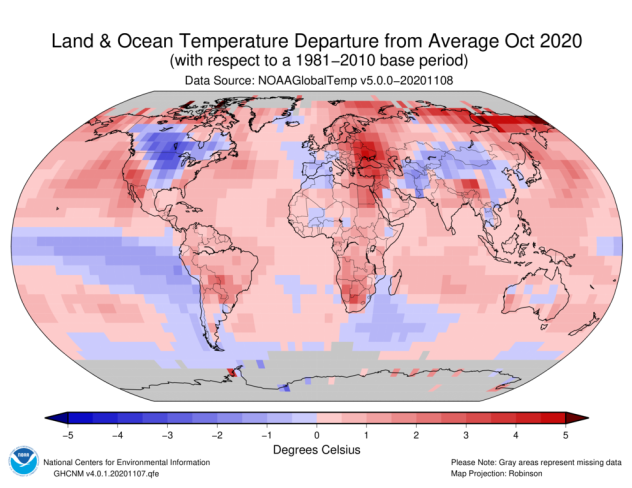 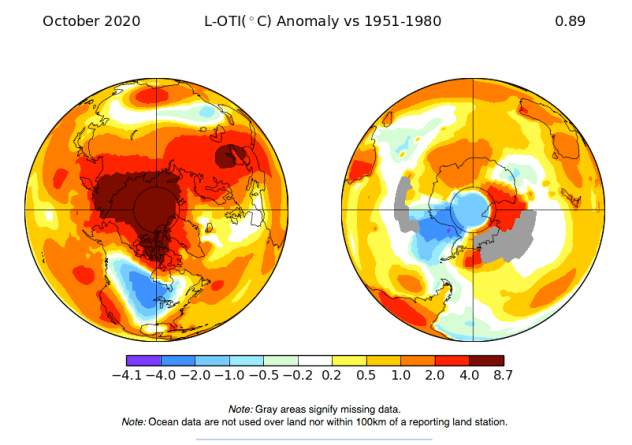 As you can see by both images above, the greatest warming relative to normal was across the Arctic region where an extended period of open water, which allows more heat to be trapped near the surface, kept the region well above normal. Eastern Europe was also unusually warm, while a distinct area of abnormal cold was centered over central Canada.

The last seven years have brought us the seven warmest Octobers on record, according to NOAA. 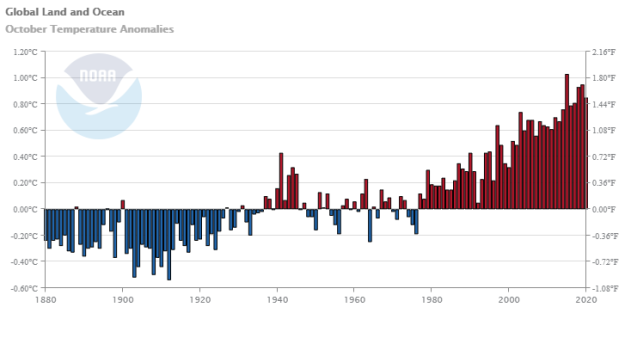 The trend over the past 40 years is clear, Octobers are warming globally. Image courtesy NOAA.

October 2020 in the 44th consecutive October and the 430th consecutive month where the global average surface temperature was above the 20th century average. 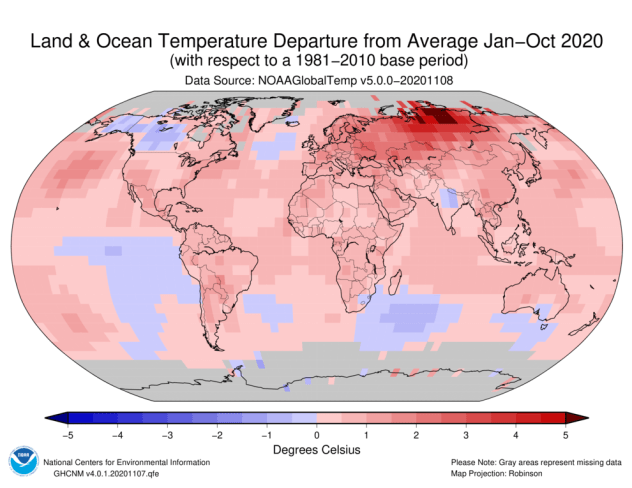 So far, every month this year has been ranked in the top-four warmest on record globally for that particular month. 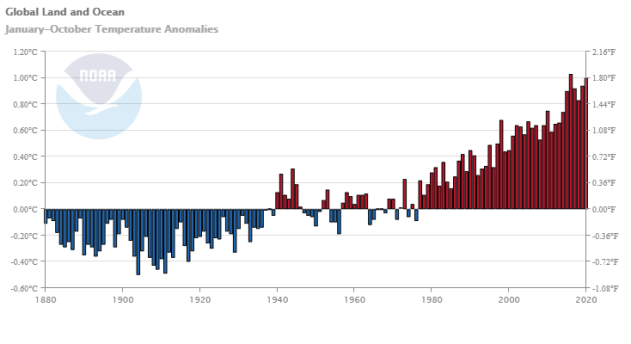 The warming trend for the Jan-Oct period over the past 40 years is indisputable. Image courtesy NOAA.

The January-October 2020 period is the second such warmest period on record, just behind 2016. If the current trends continue, this year will likely rank as the second or third warmest on record. There is still a chance that this year could beat out 2016 for warmest on record globally, however, with the strengthening La Nina, the odds are against it.