For the first time at least since mid June, Wyoming County's Emergency Operations Center reports that five (5) new cases were recorded today, October 21, 2020. There have been a number of days when four (4) cases were reported but not five, according to our records taken from the EOC website on the date of its posting. Should the current rate of positive cases continue, Wyoming County will more than double the monthly total for October.

Five is a significant increase for Wyoming, even though the county remains among the lowest four counties in WNY: Seneca-128;  Schuyler-100; Wyoming-172**/167**; Yates-98. The next higher county is Livingston at 250. There now seems to be a consensus that the U.S. is on its third virus surge.

**There is a regular lag or discrepancy between EOC's Case Count and the Health Department's Case Count. 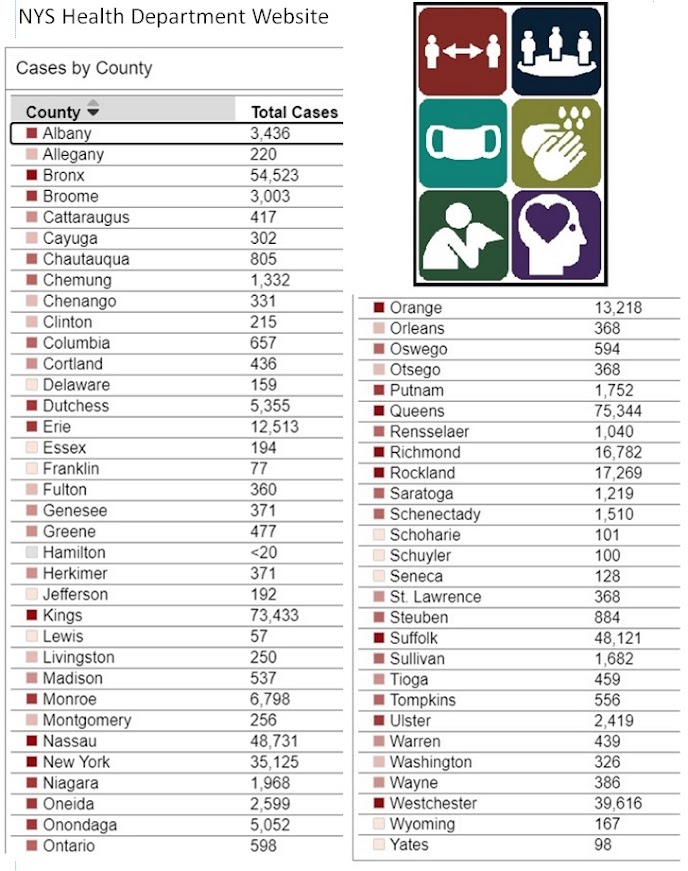