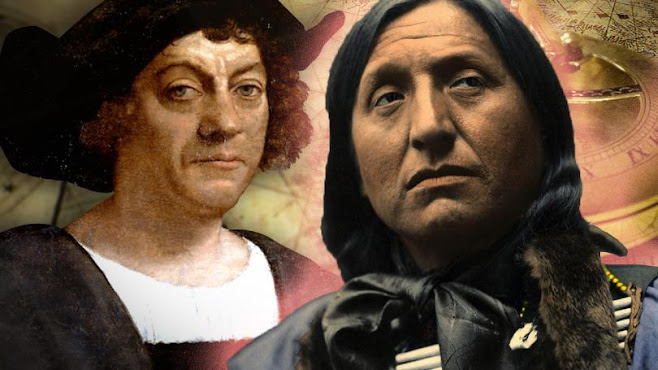 US cities and states are increasingly renaming Columbus Day to Indigenous Peoples' Day (Credit: Kotatv.com)
Celebrated annually on the second Monday in October, Columbus Day honors Italian explorer Christopher Columbus's discovery of America. However, the federal holiday, which will be observed on October 14, 2019, has long drawn criticism due to the European settlers' brutal treatment of the Native American people. It has also been argued that America had already been "discovered" by the indigenous people when Columbus arrived.

Hence, Columbus Day, which has been unofficially celebrated since 1792 and a national holiday since 1934, has always been somewhat controversial. Some states like Oregon, Iowa, and Nebraska have never observed it. South Dakota renamed it "Native American Day" in 1990, while Hawaii has called the holiday "Discoverers' Day" — in honor of the state’s Polynesian founders — since 1988. As public awareness has increased, numerous schools and universities across the country have also stopped marking the event. A 2015 survey conducted by the Pew Research Center found that Columbus Day was the most inconsistently-observed US holiday.

Even so, many people were still upset that Columbus Day remained an official federal holiday. A 1977 delegation of Native nations at the International Conference on Discrimination Against Indigenous Populations in the Americas proposed renaming Columbus Day to "Indigenous Peoples’ Day." They believed renaming the holiday would help honor the victims of American colonization.

Though the resolution passed by an overwhelming majority, it took 15 years for the first city — Berkeley, CA — to rename Columbus Day to Indigenous Peoples’ Day in 1992. The coastal city of Santa Cruz, CA, followed shortly after, in 1994. The movement lost steam again until 2014, when Minneapolis, MN, Grand Rapids, MN, and Seattle, WA, decided to adopt the change. Since then, over 70 cities and states, as well as numerous universities nationwide, have switched to the new name. In 2019, three more states —New Mexico, Vermont, and Maine — voted in the name change as well.