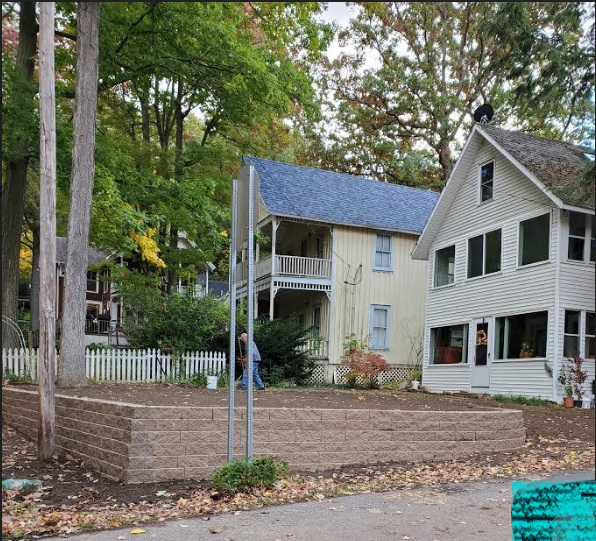 Bill and Nancy Squire are relatively new residents but have already become recognizable as members of the SLI community. They have worked hard for the last two summers and during some of the milder days of last Winter getting their cottage ready for occupancy. They purchased the former home of Dorothy and Clarence Clark at the corner of Perry Ave. and Genesee. The cottage had not been updated on the inside and did not have any official insulation. It required considerable work including a rebuilding and widening of the stairway to the third (attic) floor. Pictured above is Bill Squire working on his newly self-landscaped front yard which was very uneven in its original state. But now we see Bill has completely leveled the yard and built a very attractive stone retaining wall holding the two different levels apart. Their Genesee Ave. and Ames Walkway neighbors are thankful for such nice neighbors. (Photo by J. Hoffner)
Posted by G.A.F. at 8:32 PM