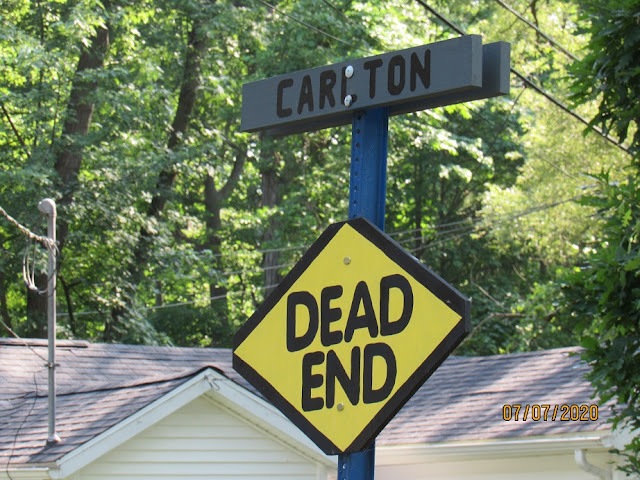 Those of you acquainted with Google maps for one reason or another, may recognize the street above known as Carlton Ave. which runs perpendicular to Genesee Ave. at the west end. In most of the Google maps, there is no Carlton Ave. but instead the map reader will discover that Lakeside Ave. that runs between the Lake and the Asbury Retreat Center property is shown by Google to continue northward until Lakeside connects with Genesee Avenue (which it does not). Some Google maps will actually change the name of Genesee Ave. by re-naming it the continuation of Lakeside Ave. as it twists eastward right up to Perry Ave.


There are a number of errors on Google maps when it comes to the Institute which I have been working to correct during this past decade. I have to thoroughly document my corrections and they can only be submitted one by one. The sign above which reads "Dead End" is a new a addition to the Carlton sign post but certainly a helpful one which can be used for documentation. Google, apparently has not been aware that Institute maps have radically changes over the years which accounts for most of the current needs for updates and corrections. 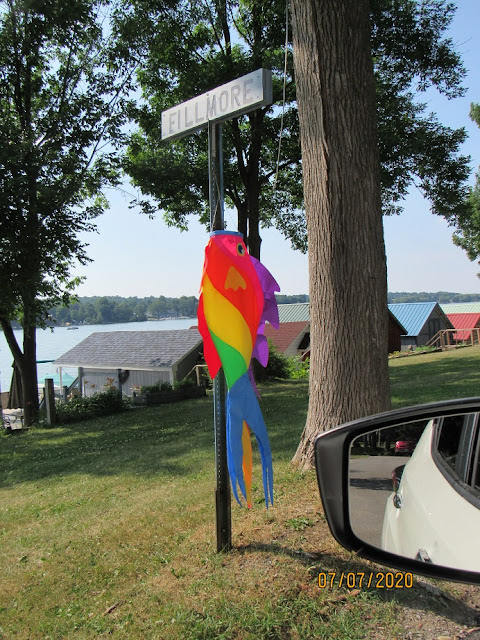 In the photo above, a Fillmore Ave. resident either is an avid fisherman or just likes adding color to the Greenway. There is a matching fish on the front of their cottage.
Posted by G.A.F. at 12:39 AM