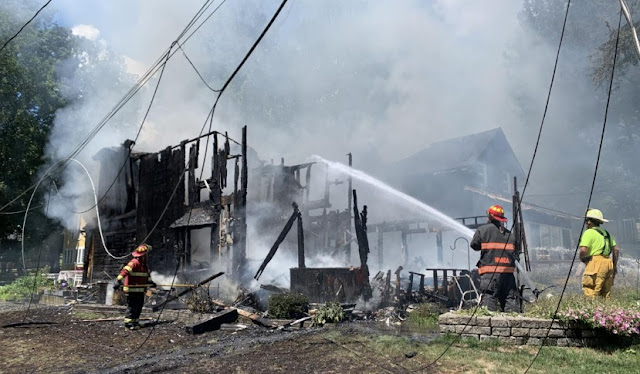 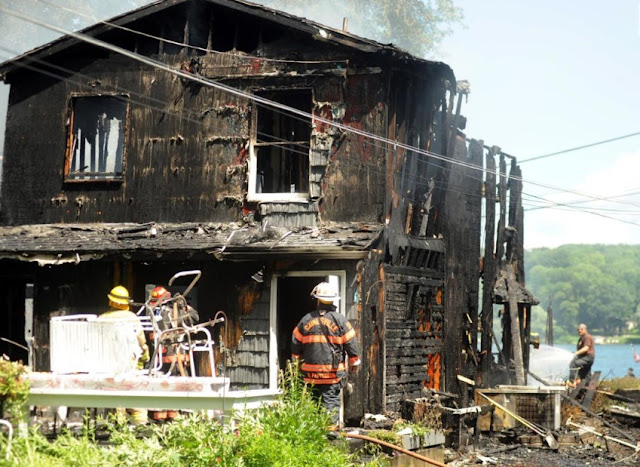 Two houses were destroyed and a third badly damaged during a Tuesday afternoon inferno neighbors believe may have been sparked by a faulty air conditioner. The fire was reported 12:08 p.m. at 3997 Avenue D, said Wyoming County Fire Coordinator Bill Streicher. The flames spread quickly to two houses on either side.
Bob Bausch was relaxing in his yard on the lakefront when the fire broke out two doors down.
“I was sitting right there in the chair reading my book,” he said, watching as firefighters worked in a wrecked and smoldering house about 50 feet away. “I smelled something funny, and then I heard one of the kids from the family that’s renting out back say there’s a fire.”
Bausch thought it might have been the rental in back of his place, but he turned and saw his brother Dick’s house ablaze.
“I looked over and saw some black smoke billowing,” he said. “I jumped up and ran over as quick as I could ... we ran back and tried to save a few things, and that was that.”
The fire occurred in an area where summer homes and rentals are clustered in close proximity. The center house was essentially reduced to charred wreckage, while a second house immediately north appeared partially gutted, with part of its roof caved in.
The siding was scorched and melted off a third house immediately to the south.
Tom Houseknecht of Batavia owns the north house that was gutted. He was at his mother’s house in Stafford when one of his neighbors called his wife, who alerted him. He said he’d heard that neighbors had heard a “pop” in an air conditioning unit at the first house. He said they tried to extinguish the fire with a hose while calling 911, but were unsuccessful.
“It’s not looking real good,” Houseknecht said, watching the scene. “Before the roof caved in about half an hour ago, I said maybe they’ll save it, but now it’s not looking so good.”  He said the house had been in his family since the 1960s and his father-in-law still stays there in summer.
Firefighters were still working about 2 p.m. to extinguish the fire in the second house. They sawed into the exterior and cleared debris from inside. Other firefighters were hosing down all three structures in the meantime, using portable reservoirs and water taken directly from Silver Lake. The activity attracted onlookers who cruised by slowly in boats to watch.
Fire hoses crisscrossed neighboring yards as the firefighters worked in full gear in the summer heat. Fire trucks lined the nearby streets stretching back to West Lake Road.
“When you have three structures going at the same time, it becomes problematic,” Streicher said. “You’ve just got a job to do and you do the best you can. It’s a collaborative effort with all the agencies.”
About 12 fire departments from Wyoming, Livingston and Genesee counties responded, with seven additional departments on standby, Streicher said. They included units from Silver Springs, Castile, Perry, Perry Center, Gainesville, Bliss, Wyoming, Warsaw, Pavilion, Nunda, Mount Morris, and Cuylerville.
No injuries were reported as of Tuesday afternoon and fire crews were still busy at the scene. Fire investigators were working to determine the cause. 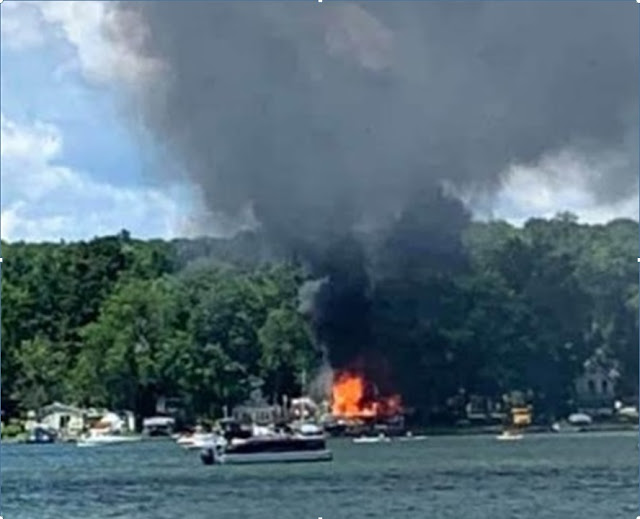 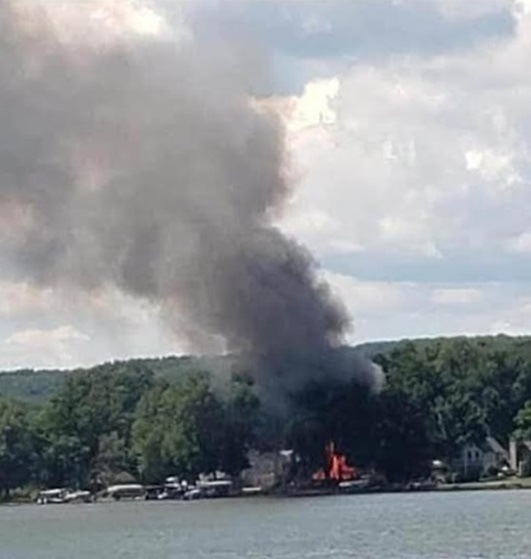