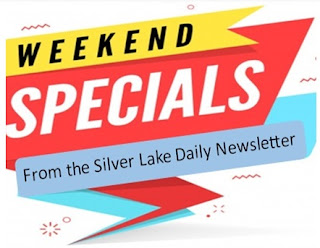 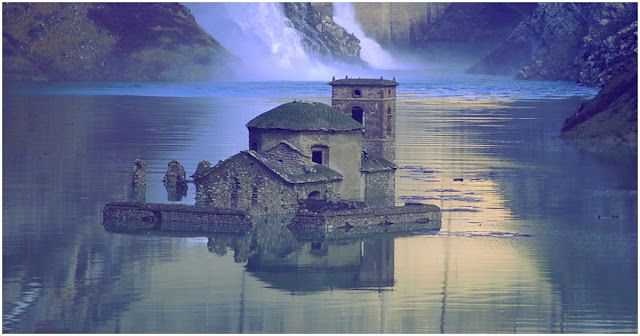 The village of Fabbriche di Careggine, at the foothills of the Apuan Alps (Tuscany), lays completely submerged by water. But every decade the village reappears like a ghost. (Photo by Romano Cagnoni/Getty Images)


A medieval Italian village which has been submerged for decades under a lake is set to emerge again. The earth is continually undergoing significant changes, some of which are wrought by Mother Nature, and some of which are wrought by humans. One of the changes wrought is the construction of dams, intended to bring water and power to districts where populations, and the industry they bring, need it but have no access to it.


Building dams was once a particularly popular solution for those who had to have energy and water, when governments and politicians were less aware of the ecological consequences of the enforced rearrangement of landscapes and water routes. Today, we are less eager to dam up rivers, or construct lakes as sources of energy or recreation.
But after the second world war, especially, power companies were determined to bring energy to as many regions as possible right across Europe and North America, and both continents experienced a boom in dam construction that in hindsight often seems risky, particularly in an environmental context. 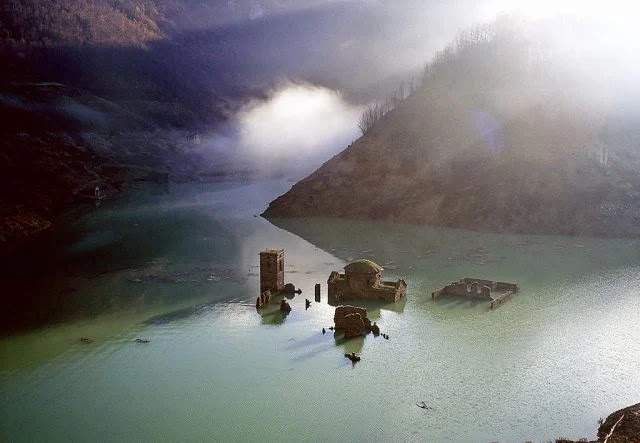 The village of Fabbriche di Careggine. Every decade, for dam maintenance reasons, the basin, now called Lake Vagli, must be drained and the village eerily comes back into view. (Photo by Romano Cagnoni/Getty Images)

In 1953, just such a dam was constructed in Italy that created Lake Vagli and brought power and tourism to the area. However it had the perhaps unintended consequence of covering a spectacular medieval village, called Fabbriche di Careggine, and it became “invisible” to anyone visiting the area. But dams, like all large construction projects, need maintenance, and so too does Lake Vagli, which is set to be drained this year and next, much to the delight of Italians and other visitors who come from far and wide to visit the village when the lake is emptied. 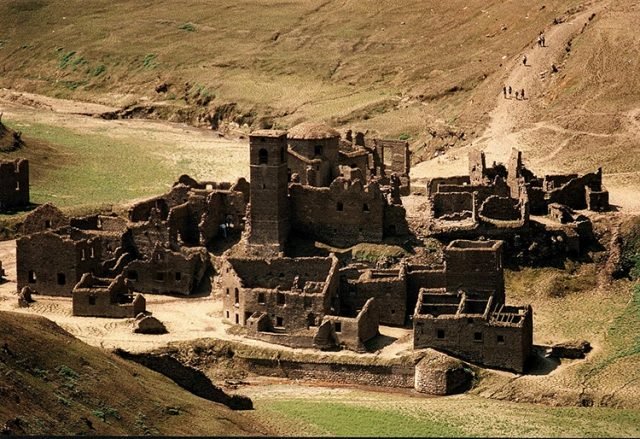 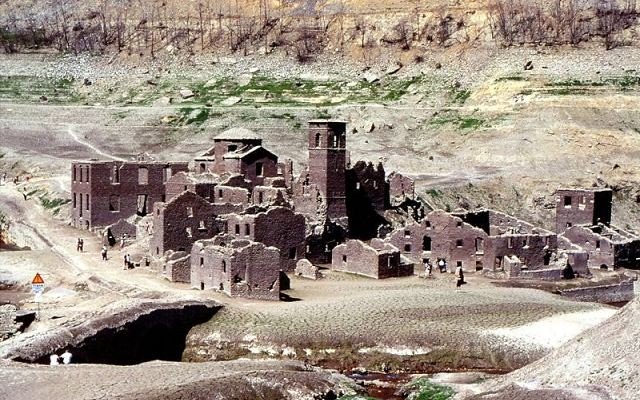 The submerged village of Fabbriche di Careggine after the lake has been drained. Photo by Viaggio Routard CC by 2.0
It was last drained in 1994; sources say it drew approximately one million visitors, all of them anxious to see these archaeological ruins that experts date back to the 12th or 13th century. The village was used, historians say, as living quarters for iron workers who plied their trade in the area. A prominent local, the daughter of a former mayor, Lorenza Giorgi, posted on her social media feed that she had it on good authority that Lake Vagli is to be drained in 2020. 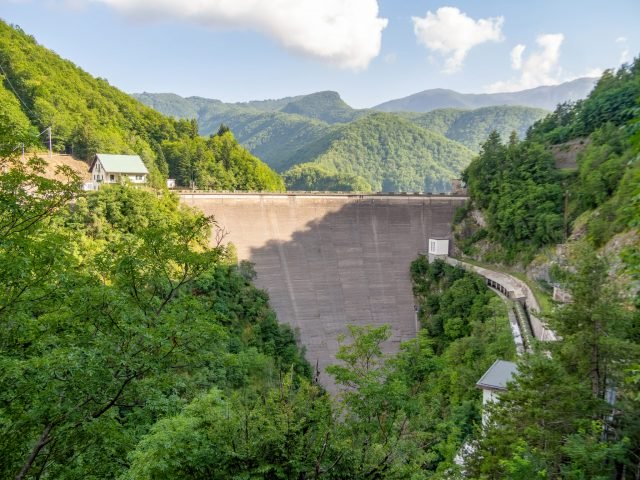 The dam next to Fabbriche di Careggine which submerged the village.

A spokesman for the company that manages the lake, Enel Power, told Fox News recently that in fact the early discussions are underway, and that the process may begin later this year. However, the village is not likely to be visible, at least not fully, until 2021. When the lake is drained it is as if ancient buildings suddenly come into view in a rather startling and eerie fashion — almost mirage like. But people can take boats out to the ruins and easily get a closer look at was once a thriving set of buildings for men in a common, popular trade.

It is probably just as well that the ruins might not be fully visible this year, at least if the company’s target dates are accurate. Travel restrictions are still in place in some areas, and the government, and public health officials, are nervous about too many tourists crowding in places, even if they are open air and accessible only by boat. But that, at least, will allow local municipal officials to control and monitor how visitors are getting to and from the site.
The district is hugely popular with tourists in “normal” times, as it’s located in the province of Lucca, in Tuscany. But these are anything but normal times, and a region that relies on tourism dollars is no doubt struggling to stay afloat economically. Draining the lake this year, while travel advisories are still in effect and people are cautious about leaving home, makes good sense from one point of view.
But once the ancient medieval village under the Italian lake is visible for all to see, it may be difficult to keep tourists and locals away, since it is a once-in-a-generation sight, and part of Italy’s storied history and archaeological appeal.
Posted by G.A.F. at 9:48 PM