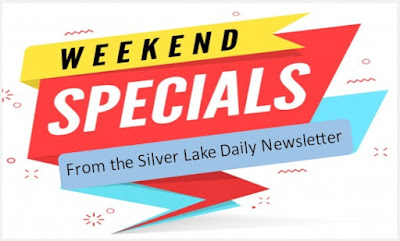 Nancy Culley
New York Times reporter Michael Schwirtz tweeted “it’s hard to overstate what a major escalation this is from Russia. Election meddling and the occasional poisoning are one thing. Paying the Taliban to kill American troops, that’s something entirely new.”
The background by HC Richardson makes clear just how significant this revelation is. If this doesn’t make clear the need to investigate the Trump-Russia connection, what will? Of course Trump will claim that anything done at this point is an election stunt.

Today the United States registered 44,702 new coronavirus cases, a single-day record. Six states-- Florida, Georgia, South Carolina, Tennessee, Idaho, and Utah-- also set new single-day highs. In an attempt to stop the spread of the virus, officials in Florida and Texas, where governors have been aggressive about reopening, have both reversed course, announcing that bars must close immediately.
Incredibly, that’s not the day’s biggest story.
This evening, the New York Times and the Wall Street Journal both broke extraordinary news. Months ago, American intelligence officials concluded that during peace talks to end the war in Afghanistan, a Russian military intelligence group offered to Taliban-linked fighters bounties for killing American troops. They paid up, too, although it is unclear which of the twenty U.S. deaths happened under the deal.
The military intelligence unit officials judge to be behind this program, the G.R.U., is the same one that is engaged in a so-called “hybrid war” against America and other western countries, destabilizing them through disinformation, cyberattacks, and covert military operations and assassinations. Urging deadly attacks on American and other NATO troops is a significant escalation of that hostility. New York Times reporter Michael Schwirtz tweeted “it’s hard to overstate what a major escalation this is from Russia. Election meddling and the occasional poisoning are one thing. Paying the Taliban to kill American troops, that’s something entirely new.”
According to the New York Times, the National Security Council discussed the intelligence finding in late March and came up with a range of responses, none of which has been deployed. The NSC can include a number of different officials, but by law it includes the president, Vice President Mike Pence, Secretary of State Mike Pompeo, Secretary of Defense Mark Esper, Secretary of Energy Dan Brouillette, and Secretary of the Treasury Steven Mnuchin. It usually also includes Chairman of the Joint Chiefs of Staff, General Mark Milley, National Security Advisor Robert O’Brien, and Director of National Intelligence, who in March was acting DNI Richard Grenell (it is now John Ratcliffe).
U.S. Senator Chris Murphy (D-CT) took to Twitter to note that Congress had not been informed of the information. “Congress should have been told,” he said. “And not just leadership or the Intel Committee.”
Instead of addressing this extraordinary intelligence, Trump strengthened U.S. ties to Russia, which have been rocky since Russia invaded Ukraine in 2014. In response to Russia’s annexation of Ukraine’s Crimean Peninsula, the U.S. imposed economic sanctions on the country. After Russia attacked the 2016 U.S. election, the U.S. government expanded those sanctions. The eagerness of Russian leaders, especially President Vladimir Putin, to have the sanctions lifted was key to Russian support for Trump in the 2016 election.
Just after the NSC discussed the intelligence findings, on April 1, a Russian plane brought ventilators and other medical supplies to the United States. The shipment was such a propaganda coup for Russia that the state television channel RT carried the plane’s arrival in New York live. Not only was it a show of strength for Russia to provide aid to the U.S., but also the equipment Russia sent was produced by a state-run company that is under U.S. sanctions. This was evidently intended to be a demonstration that sanctions did not mix well with a global pandemic. Just days before, Putin had publicly called for ending sanctions to enable the world to combat the coronavirus more effectively.
On April 25, 2020, Trump raised eyebrows by issuing a joint statement with Russian President Vladimir Putin commemorating the 75th anniversary of the historic meeting between American and Soviet troops on the bridge of the Elbe River in Germany that signaled the final defeat of the Nazis. Their statement said “The “Spirit of the Elbe” is an example of how our countries can put aside differences, build trust, and cooperate in pursuit of a greater cause.”
On May 3, Trump called Putin and talked for an hour and a half, a discussion Trump called “very positive.” He tweeted: “Had a long and very good conversation with President Putin of Russia. As I have always said, long before the Witch Hunt started, getting along with Russia, China, and everyone else is a good thing, not a bad thing.”
On May 21, the U.S. sent a humanitarian aid package worth $5.6 million to Moscow to help fight coronavirus there. The shipment included 50 ventilators, with another 150 promised for the next week.
On June 1, Trump called Putin and talked about including Russia in the G7, the international organization of seven major countries with the largest advanced economies in the world. Russia had become part of the organization in 1998 despite its smaller economy-- making the group the G8-- but was expelled in 2014 after it invaded Ukraine. Trump told reporters Russia should be in the group “because a lot of the things we talk about have to do with Russia,” and the old organization was “outdated” and doesn’t represent “what’s going on in the world.”
On June 15, news broke that Trump has ordered the removal of 9,500 troops from Germany, where they support NATO against Russian aggression. The removal leaves 25,000 troops there.
All of these friendly overtures to Russia were alarming enough when all we knew was that Russia attacked the 2016 U.S. election and is doing so again in 2020. But it is far worse that those overtures took place when the administration knew that Russia had actively targeted American soldiers.
This news is bad, bad enough that it apparently prompted worried intelligence officials to give up their hope that the administration would respond to the crisis, and instead to leak the story to two major newspapers.
Posted by G.A.F. at 12:36 AM