Thirty years after the tearing up of the railroad track along the east side of Silver Lake and on into the freight and passenger station in Perry at Center St., the whispered dream of a trail between the Lake and Downtown Perry came into the open in 2005. Finally, after many years of talk, dreaming, planning, and engaging professionals, a proposal is in the process of having final decisions made. It has been designed to accommodate pedestrians, bikers, snow mobilers, and overland skiers, making it useful year-round.

The trail is unable to follow the full railroad right of way between the Perry Beach all the way to Center Street in Perry because sections of that right of way have been sold off, becoming parts of various private properties. This causes the trail to have to move on to Walker Road and the Silver Lake Road. These roads will receive widening on both sides to accommodate bike lanes and better sized traffic lanes. 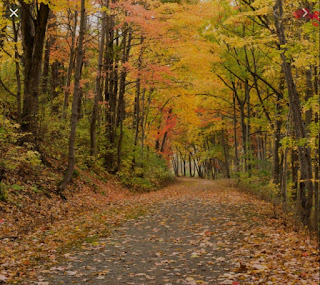 The bridge over the outlet at Silver Lake Road cannot be easily expanded because the property around it does not belong to the town or village. It may have to become a separate part of a future project to expand and heighten thereby allowing very small boats to access the Lake from the outlet and access downtown from the Lake.

The old railroad bed that runs along the outlet, a classic beauty, is the most popular section of the trail and has been used now for years but will now become officially a part of the total trail. Street improvements will take place where the trail maneuvers its way through the west side of the village on its way to the newly planned Downtown Hub--another highlight of the trail emphasizing the mill history of the village.

The Public Meeting was amazingly thorough, running over the one hour period by just 15 minutes. It was a Zoom presentation and involved many samples of what was being talked about. Those attending got to express their preferences on various aspects of the project. Another public meeting will be scheduled and I would encourage you to become part of it if you have any amount of interest in it at all. Watch for it. The website is www.cscos.com/silverlaketrail.
Posted by G.A.F. at 9:01 PM