Police News Conference: A Lot of Shots Were Fired Both Ways, No One Hurt Except Suspect 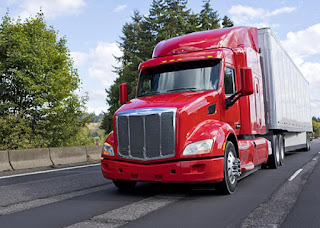 The truck then took a U-Turn and headed in the opposite direction. The truck then went on Route 63 headed toward Route 19. However, it did hit a spike strip. At least three patrol cars were struck throughout the pursuit, but no officers were injured.

There were reports of shots fired by the truck driver before it made its way to the 390. The truck began heading down 390 southbound and police were asking that all cars get off the road.  It then took another U-Turn and headed up the 390 northbound. The chase continued as the truck exited the 390 at 20A and was headed toward Geneseo. Police blocked the road and set up a perimeter.

According to The Monroe County Fire Wire, the truck went off the road and into a field near Wegmans on 20A in Geneseo. The suspect was allegedly shooting at officers the entire time they were chasing him.

Update: The suspect has been shot.
Overheard on the scanner:
"One in custody. Deceased. Multiple gunshot wounds, one to the head."
Posted by G.A.F. at 9:30 AM