Shake on the Lake (SOTL) is a professional theatre company that specializes in performances to under-served rural communities. Based in Silver Lake, Shake on the Lake hosts a full year of programming including Summer Shakespeare Tour, Winter Performances, and Educational Programming.
“One touch of nature makes the world kin.”  ~ William Shakespeare
In 2011, Josh Rice and Pilar McKay founded Shake on the Lake over facebook. The hope was to bring Shakespeare to the shores of Silver Lake, the Westernmost Finger Lake. Performing in their hometown eventually grew into touring to other rural communities in Upstate New York. 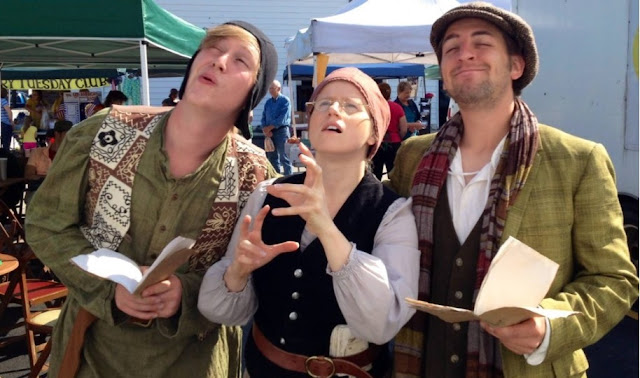 SOTL has grown into a touring company that hosts professional actors from throughout the country at Silver Lake. Shake on the Lake now tours in five counties in Upstate New York, brings Shakespeare into the local schools & communities with Arts Education residency programs, partners with Voices UnCaged to bring theatre arts into correctional facilities,  and continues creative place-making through theatre to rural communities throughout the area.
Shake on the Lake will be announcing the Shakespeare Play for the 2020 Season with dates and places soon. Watch for it here. For more information about hosting Shake on the Lake as a summer tour venue, host the winter season, or educational programming, email shakeonthelake@gmail.com