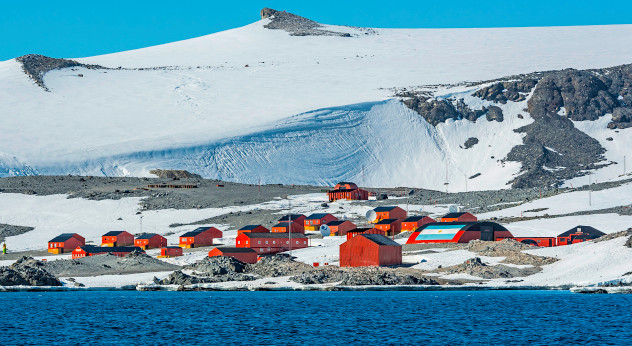 Antarctica set an all-time record Friday when a weather station recorded the highest recorded temperature on the continent at 65 degrees Fahrenheit.
The new high was recorded in a research station in Argentine — a sector of the continent claimed by Argentina — at the Esperanza base. The previous record was 63.5 F, which was recorded on March 24, 2015. Both readings were recorded by Argentina's National Meteorological Service, Servicio Meteorológico Nacional.
Argentine is located on the peninsula of Antarctica that reaches toward South America. The Esperanza base is located at the very tip of the peninsula, in the area circled in the satellite image below.