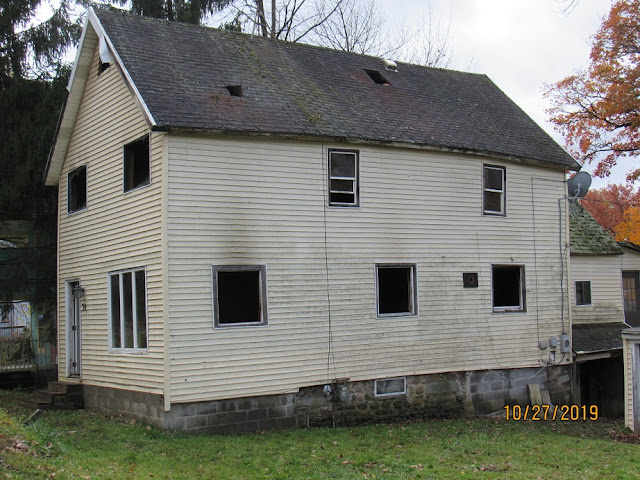 Last night this well known unoccupied building located at the southwest corner of Perry Ave. and Durbin Ave., was discovered to be on fire causing neighbors to call the emergency number for fire response. Firefighters responded quickly and was able to save the sound structure of the building, though the interior walls and the roof will need repair and the windows will need replacement. 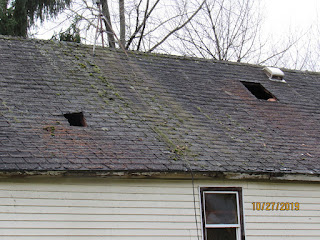 Community members reported that work was being done earlier in the day and it was speculated that something was left that caused spontaneous combustion or other form of ignition after those working on the building had left. There was evidence of smoke in the front of the first floor and evidence of heat damage near the rear of the building. Owners were back on the scene by midday Sunday attempting to clean up and evaluate the damage from a personal perspective.

This infamous, two-story cottage has been on and off the market for several years and the Trustee Board has been guarding that it not fall into the hands of a real estate re-seller, but rather that potential owners remain in the discernment of the Trustees who have the community interest at heart. It has also been noted for its messiness and animal odors in the past, though little has been reported recently.
Posted by G.A.F. at 4:00 PM