Weekend Fire at Perry-Durbin SW Corner Continues to be Investigated 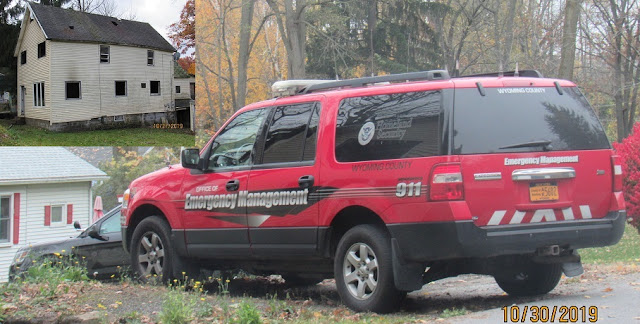 The long vacant cottage at the corner of Perry and Durbin Avenues was reported as being worked on by the owners during the day, but neighbors had to call the Fire Department when smoke and flames became evident later in the evening. Persons were also observed on Sunday in and out of the first floor while apparently cleaning up and tossing charred items out into the dumpster which was sitting outside the front of the cottage. It appears at this point, that most of the damage was confined to the first floor.
Posted by G.A.F. at 4:02 PM