Everyone present for the SLI Trustee Board meeting today [Satirday] was given a copy of an 1893 edition of a Silver Lake Institute map. Everything appeared to be in good order, except for one oddity discovered in the very center of the map.

The old Auditorium, placed in Auditorium Park (now Bishop Burt Park) is surrounded on the west side of the Auditorium by a roadway that appears to run through the Park and it is actually shown to line up with a walkway into the "wrong side" of the Auditorium (the performer's entrance as opposed to the public entrance on the north, south, and east sides of the Auditorium. That hand-drawn roadway never existed while the Auditorium was still standing.

The Auditorium was built in, and ready for use in, the Season of 1888. Juvenile arsonists set the Auditorium ablaze in 1918, totally destroying the building. The roadway, an extension of Perry Avenue, was not built until the first half of the 1950's, quite possibly completed by 1954.

Other than those details, Thanks is extended to Sharon Pratt for providing these maps.

See portions of this map under "Read More >>" 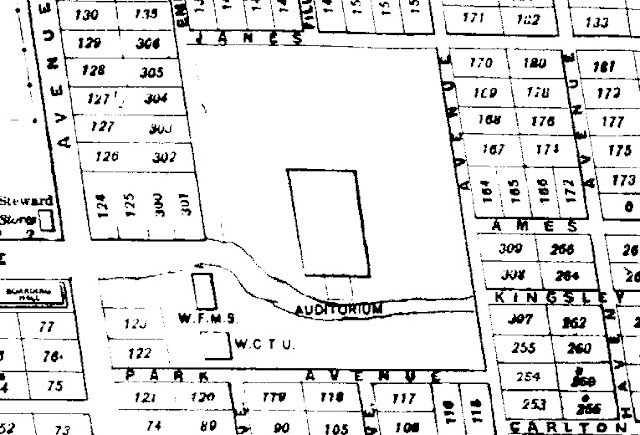 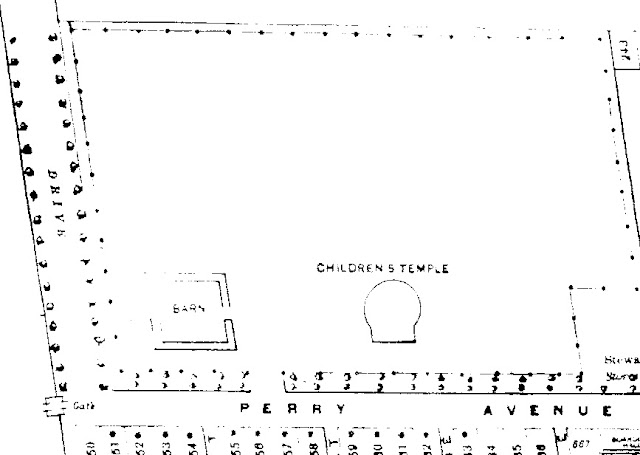