Reminiscing Over the 2019 Addition
To the SLI-Asbury Renaissance 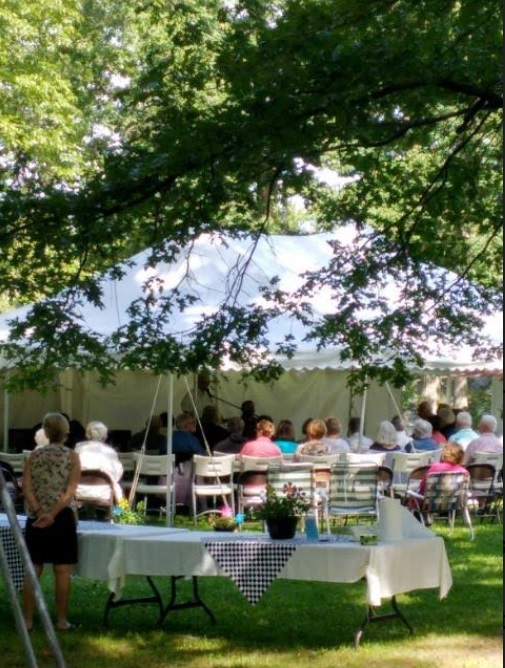 Photo by Sue Hunter
SILVER LAKE, NY, BURT PARK, AUG. 11, 2019 -- This above photo was taken from Genesee Avenue, shortly after the photographer entered Burt Park. Lisa Schiske is shown awaiting both the ending of the Worship Service and the arrival of the grilled hot dogs which came right on time. It could hardly have been planned any better. The weather was ideal and the setting was beautiful.

In 1886, the Silver Lake Institute, then still a singular entity with Asbury Retreat Center, began its new emphasis for instruction and learning under the informal name of "Silver Lake Chautauqua Assembly." It was determined to be useful to the people of Wyoming County as they sought continuing education through the "Assembly's Summer Schools." There was a particular emphasis on courses for women. This may have had some influence by the presence of the Women's Christian Temperance Union (WCTU) headquarters, then located in what is now Stoody Hall. They were a shirt tail relation to the Women's Suffrage movement which included gaining the right for women to vote.

A brief example of courses designed to be useful to women in their search for work included Typing,  Shorthand, Transcription, Filing, Office Procedures & Techniques, Public Speaking (then called Oratory.)  Instructors were brought in from as far away as Chicago to teach what local clergy were not able to teach. The program was both popular and successful. It would have continued on were it not for an economic catastrophe which hit Assembly hard in the mid to late 1890's. It was then known as the "Cleveland Depression" and caused a significant amount of the then-Assembly to fall into foreclosure. The Assembly was rescued by Mrs. John H. Stoody through The public actions of her husband, John, who rescued the Assembly but it did not immediately come back to full life. It began again, this time with an emphasis on youth who became part of the Epworth League.

The cost of running a Chautauqua program was considerably more than other forms of instruction, so the Chautauqua Assembly would adopt the Institute style of instruction and learning. This was also made necessary by the arson-loss of the 2500-seat auditorium in Burt Park. That's why they lovingly refer to these past three "mini-Chautauqua's" as a Renaissance (of sorts) because of its return to the Chautauqua style at least biennially for a 4-day event in 2015, 2017, and 2019. Current volunteers marvel at how the forefathers and foremothers managed an annual two-week event every summer! Then again, times and expectations have changed significantly since the late 1800's and 1900's.

For more SLE pictures, slick on "Read More" below. 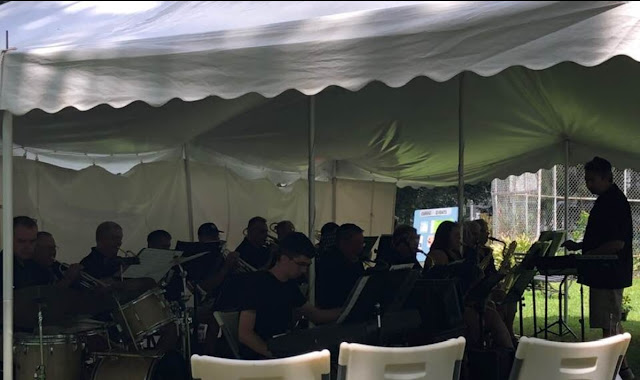 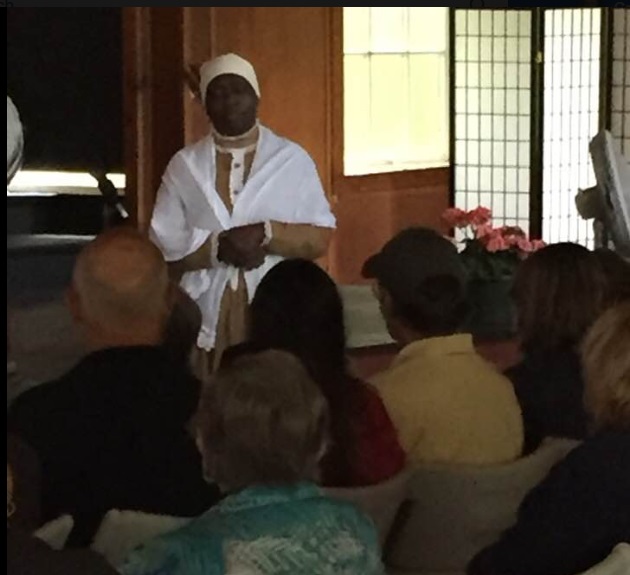 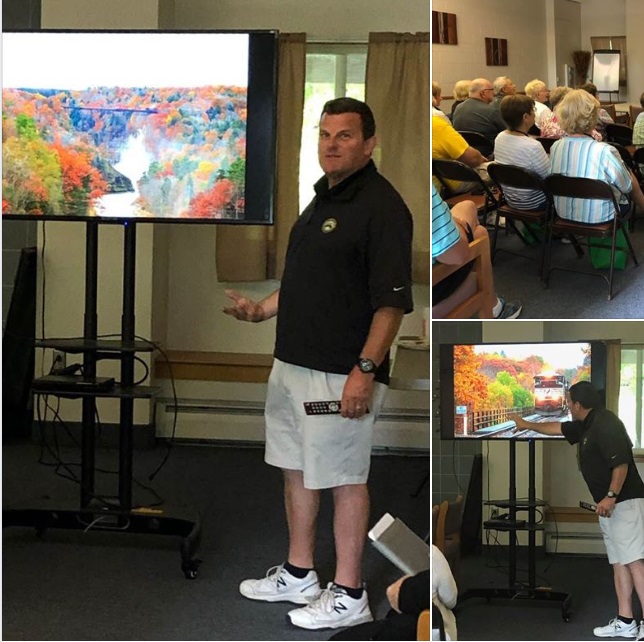 John Kucko is “wowing” the crowd with his photographic history of the Letchworth State Park trestle at SLE!
Photos and Caption by Loren Penman 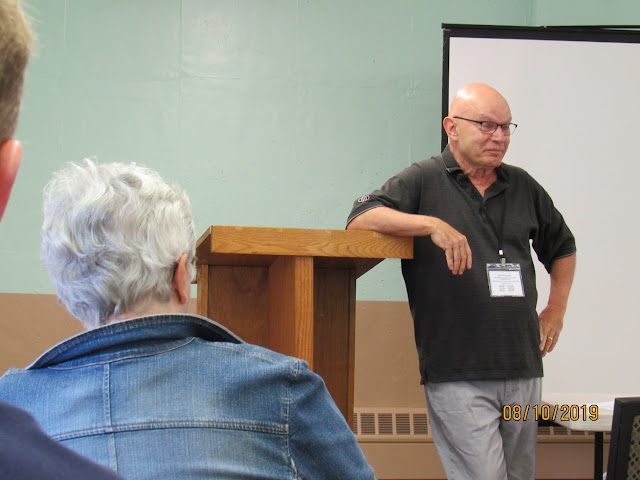 Tom Saunders, recently retired lawyer and summer resident of SLI on Haven Avenue gives workshop on the History of the Supreme Court.