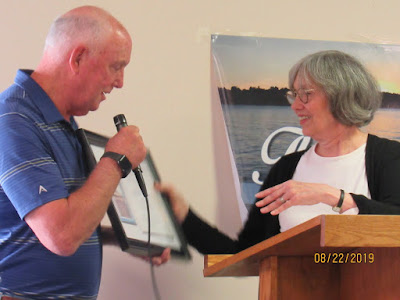 Suzanne Trich Bristow's Silent Hero Award is accepted by the one who nominated her for the award, Nancy Culley Sellar. 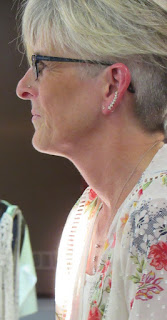 Lisa Schiske just prior to her receiving the Silent Hero Award for all her behind the scenes work on behalf of the Institute and its community. 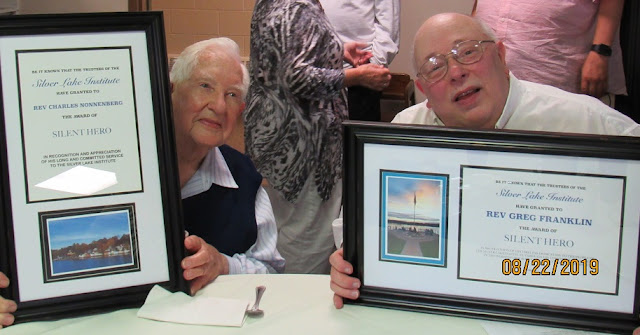 Greg Franklin, having received his Silent Hero Award moments earlier, is shown above celebrating with his table-mate, Charlie Nunnenberg, as they pose for this memorable picture of both.

The following are those who nominated persons for the award: 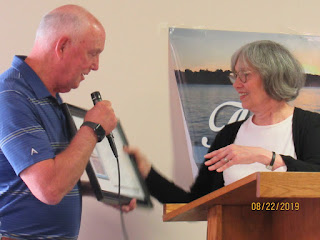 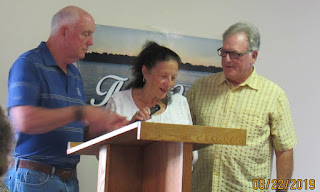 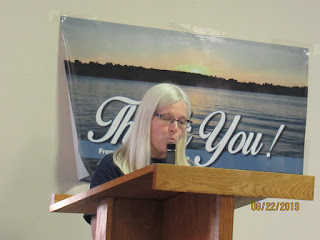 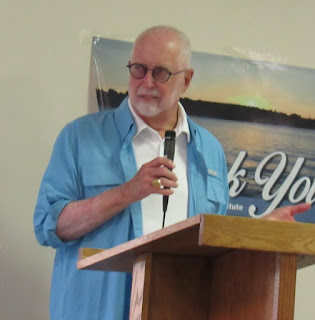 
ATTENTION READERS -- You may have been lucky enough last night to get on this site while most of the photos and story were "working." By midnight the entire story and all of its photos were eliminlated in total by a stray, gremlin-like code which prevented them from being seen or accessible by the site manager. They became temporarily "lost." We believe we have now recovered 100% of what was lost and are seeking to fill in any remaining blanks. Here is a summary:

A New Award, the Good Neighbor Award, was awarded to Sue Russell, the Director of the Asbury Retreat Center.

Sharon Pratt, chair of the Epworth Hall Committee, stood right before closing, and announced that special thanks needs to be offered to Bill Schaefer for all he has done and all the time committed for the Silver Lake Institute. She was very warmly applauded. 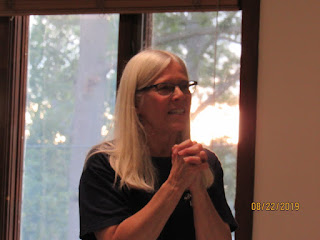 Loren Penman stood immediately following closing and reminded us that the Season had not yet ended and we should remember the Don Thomas Concert tonight (Friday) at 7:30 pm at Epworth Hall.
Posted by G.A.F. at 10:04 PM