Tonight's concert featured the World Premier of Christopher Taylor's "Among the Clouds." He was awarded a plaque tonight by Band Conductor, Jessie Barth in honor of Christopher Taylor and his world premier. Dick Barth was applauded for his work on the concert theme, "The Last Flight of Amelia Earhart." 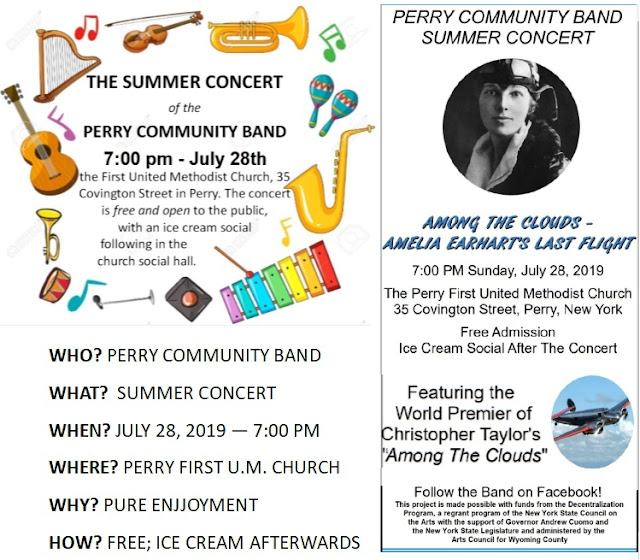